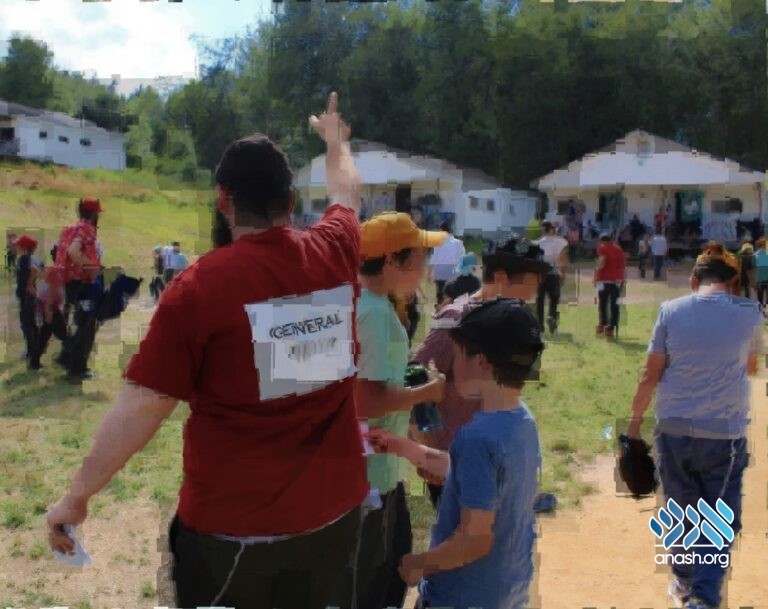 Oped by Rabbi Gershon Avtzon: Would you send your child to a Cheder that is run by a group of young adults that have no true chinuch experience? Why is camp any different?

A frelichen Chanuka and good Chodesh! I know that it is still in the middle of the winter, but this is the time that parents begin thinking about, and quickly registering, into various overnight camps. While there is much to write about the whole registration process, the anxieties of waiting for answers and the exorbitant cost of camps, it will not be the focus of this article.

We are all aware, and many of us have personally experienced, the profound positive effects that a camp can have on a child. The child is in a loving and warm atmosphere twenty-four hours a day and many times receiving the attention that they may not receive in school (or at home). There is a reason that our holy Rebbe declared camp as the place that produces Chassidim.

Notwithstanding the above; As a parent, educator and and after spending close to fifteen years as a camp Rabbi in an excellent and mainstream Chabad overnight camp, I would like to bring something important to your attention: The lack of proper – on the grounds – Chinuch guidance in overnight camps, that (can) have detrimental effects on the future of your child.

The heroes of camp are the overworked, and underpaid (staff and) head staff. They work tirelessly before the summer to hire the staff and create the best program for the campers that will be under their care. They need to deal with young, and inexperienced, staff members and the multiple issues that arise between programs, between staff themselves and between the campers themselves. They are often sleep-deprived, emotionally drained and dealing with hundreds of moving parts all at once.

While their dedication and devotion is admirable, one thing is certain: They do not have the experience (in chinuch or life), or the right frame of mind, to be making serious chinuch decisions that can have long-term effects on our children.

Please ask yourself the following question: Would you send your child to a Cheder that is run by a group of young adults that have no true chinuch experience? How about an out-of-town Cheder, where you do not see your child every day and have no real way to know how they truly are adjusting and coping? If the answer to the above is (as I hope) “No”, then ask yourself the following: Is camp any different?

Many camps have “Camp Rabbis” or a “Vaad Hachinuch”, but instead of being the first, and final, say on a particular chinuch issue or standard –  they end up acting as an advisory board to the head staff. If a head-staff member seeks their opinion or advice, they are helpful and available, but the head staff member does not feel obligated to seek their advice, or oblige by their decisions.

The following are three events that happened last summer, in which I had to get involved, which prompted me to finally write about this important issue. These are just some of the real-life stories that I had gotten involved with, and there are obviously so many more:

1) A young girl (Disclaimer: A relative) was sent to a particular overnight camp. She was so excited to spend the summer time with her classmates and friends. When the bunks were divided, she found herself in a totally separate bunk then her entire class. She was told that it is fine and “she will settle and get used to it”. When her mother called to discuss with the head staff, the mother (who is an accomplished educator herself) was told that it was her negative attitude that is ruining the summer of her child! The “Vaad Hachinuch” of the camp told the mother that they don’t have the authority to mix into this decision. The girl had a miserable summer and it took much work to help her emotionally prepare for school this year.

2) I was with my family in a bungalow colony for a few days last summer to refresh and spend time with my younger children. I received a phone call from a camp director asking my opinion about expelling a child (from a broken home) from camp. After hearing the details, I felt that with certain guidelines in place the child would be able to stay. I then had to spend a long time (until 2:00 am) convincing the head counselor (whom I personally like very much) to accept the logic of my decision. It was clear to me, and the dedicated director, that the head counselor had been given too much say and power.

3) There was a particular camp play that I watched a video of recently. The play was completely toichen-less and was obviously based on a movie that the writer of the play had seen at some point. When I confronted the camp director about it, I was told that the head staff were told to consult with the camp mashpia about their plays. Did they consult? No. Was the play shown anyways? Yes.  Would you allow your child to digest food without a proper hechsher? Obviously not.

The bottom line: For the sake of all our children, I ask that all camps employ professional mechanchim in their camps that have real authority. No chinuch policy (learning curriculum, discipline policies, types of trips and extra-curricular activities) should be allowed to be implemented without their authorization. As parents, we should demand to know the names of these mechanchim – in advance of our registration – so that we can be assured that the chinuch decisions of our children are being made thoughtfully, responsibly and with the right hashkafa.

Certainly, the young adults who are approached to be head staff should condition their acceptance of the position on there being an active, functional and responsible vaad hachinuch. They should realize the responsibility that their position entails as well as their own obvious chinuch limitations.

[While many of us are just grateful to receive an “acceptance” letter from the camp of our choice, I am hoping that at the very least the subject will be brought up to the directors by multiple parents and some movement in the right direction will be made.]

May we all merit to be led by our children – Called “meshichoi” (“My anointed ones”) by Chazal – to greet Moshiach Tzidkeinu!

Feel free to share your thoughts in the comment section below, or by sending me a personal email at: [email protected]