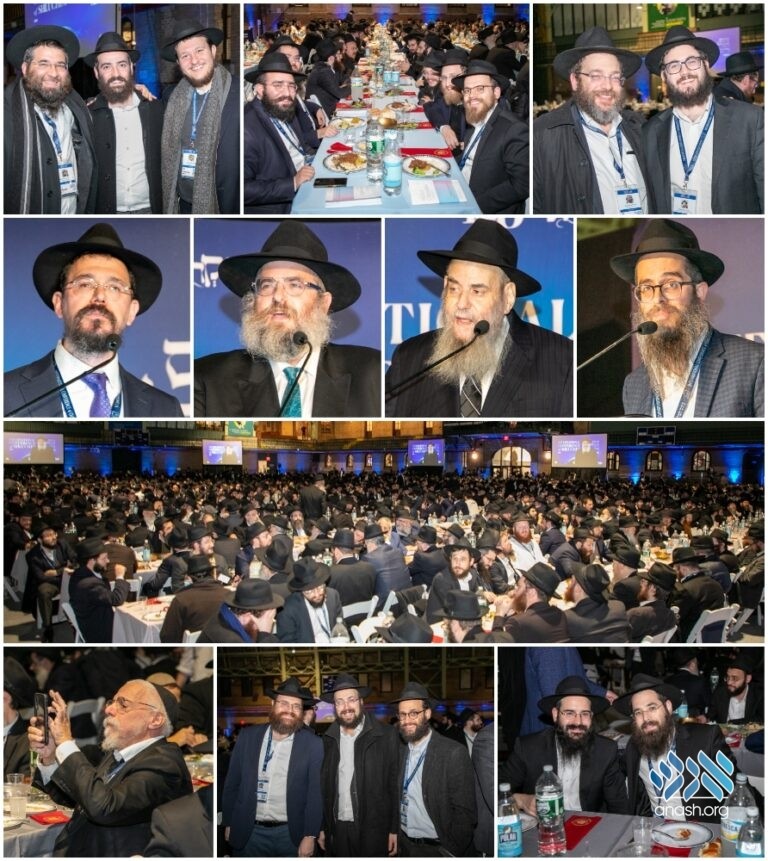 Thousands of shluchim gathered in the Bedford Armory for dinner and a general session, with addresses by Rabbis Nachum Goldshmid, Yisroel Wilhelm and Moshe Gourarie, who called to utilize the Hakhel year.

Thousands of shluchim gathered in the Bedford Armory for dinner and a general session, concluding Thursday’s program at the International Kinus Hashluchim.

The shluchim were greeted by Rabbi Moshe Kotlarsky, Chairman of the Kinus, and the Vice Chairman of Merkos L’Inyonei Chinuch, who offered warm words of welcome to the nearly 4,000 shluchim gathered in the hall. Emceeing the event was Rabbi Moshe Gourarie, shliach to Toms River, New Jersey.

After a video of the Rebbe regarding Hakhel and Tzivos Hashem, the shluchim were addressed by Rabbi Nachum Goldshmid of Netanya, Eretz Yisroel, who strongly urged the shluchim to utilize each moment of the Hakhel year. They then heard from Rabbi Yisroel Wilhelm, shliach to University of Colorado, who spoke of the youthful energy needed to spread a love for Torah and mitzvos.

A video address by Harav Leibel Schapiro, on behalf of Vaad Rabbonei Lubavitch, was also played.