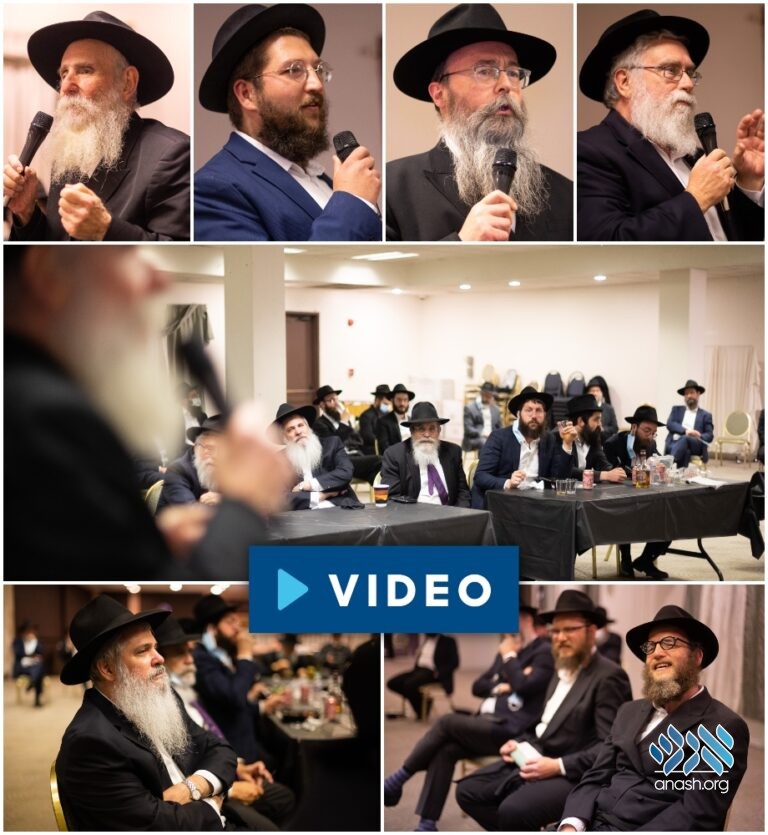 Shluchim from across the West Coast joined a farbrengen led by Head Shliach Rabbi Shlomo Cunin marking the Rebbe Maharash’s birthday on Beis Iyar, and celebrating his motto “l’chatchila ariber”.

Shluchim from across the West Coast joined a farbrengen marking the Rebbe Maharash’s birthday on Beis Iyar.

The farbrengen was held in the Headquarters of Chabad of California, and was led by Head Shliach Rabbi Shlomo Cunin. Rabbi Cunin spoke about the message of “l’chatchila ariber”, and how to apply it to the shluchim’s life and shlichus.

The annual farbrengen is held in accordance with the Rebbe’s directive to Rabbi Cunin in 5743, when the Rebbe wrote that “surely a farbrengen wil be arranged in Los Angeles…on tiferes shebitiferes, birthday of the one who revealed and publicized l’chatchila ariber.”