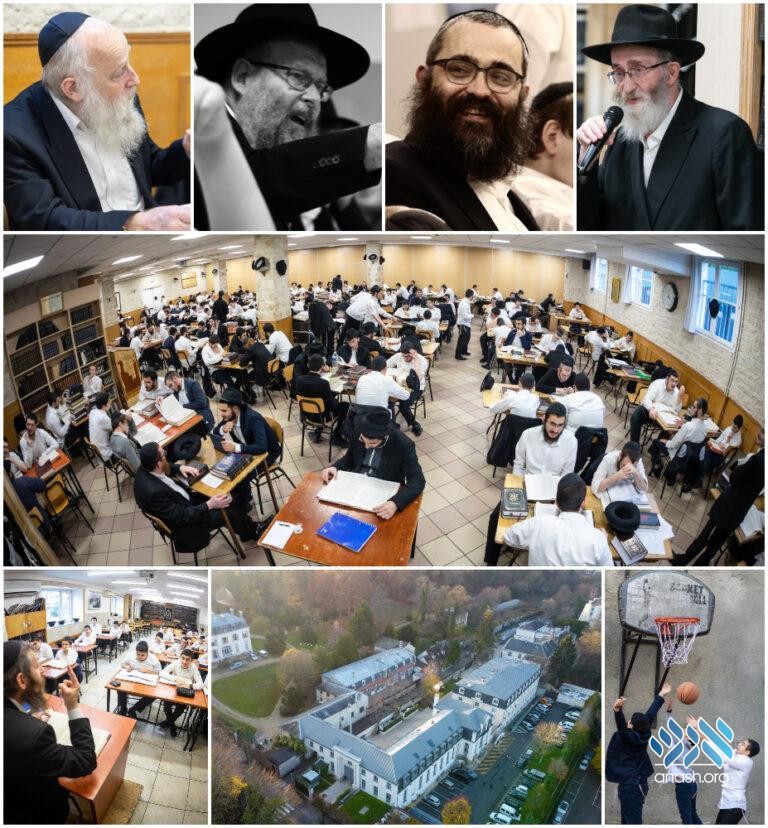 During the past months, the campus of Yeshivas Tomchei Tmimim in Brunoy, France, underwent extensive renovations, making the already excellent accommodations even more appealing to the 350 students from around the world.

Yeshivas Tomchei Tmimim in Brunoy, France, is well known for its high level of learning, and the yiras shomayim implanted in each student.

What is not as well known, is that the Yeshiva is one of the most beautiful in the world. Deep in the picturesque town of Brunoy, surrounded by greenery, far from the hustle and bustle of the city, stands the yeshiva campus, Yeshiva Lubavitch Brunoy.

There are currently 350 students in Brunoy who come from all over the world. The special chassidishe atmosphere, the excellent physical conditions, and above all the dedicated hanhala, under the leadership of the Rabbi Itche Nemenov, son of the renowned mashpia Rabbi Nissan Nemenov, all seem to make time stop moving at the gates of the yeshiva.

Or, as the Rebbe described the yeshiva “al derech k’biLubavitch” – just like in the original Tomchei Tmimim in Lubavitch.

In addition to the ‘regular’ yeshiva classes, the yeshiva has a special framework for high school graduates who want to spend a year in yeshiva. A large number of them end up remaining in the yeshiva the following year and integrate into the regular framework like “regular” bochurim. Others continue in other settings, but the year they spent in daled amos of Tomchei Tmimim leaves a mark on them that remains for the rest of their life.

In recent months, despite the corona’s limitations, the yeshiva building has been renovated beyond recognition. All the floors of the dormitory have been renovated, the rooms. Each room and corridor, and the entire building used for Shiur Alef has been gut renovated.

The attached photos gives a glimpse of the magnificent yeshiva building, as well as the “magical” chassidishe atmosphere that one can only feel by spending some time in the yeshiva.