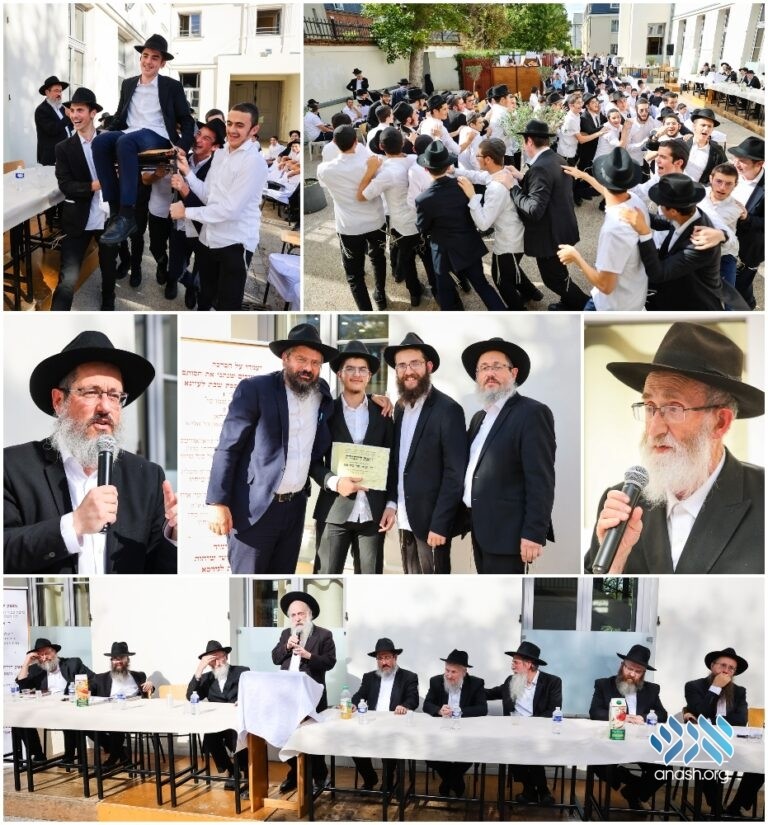 Bochurim at the Brunoy Yeshiva were presented with awards for excelling in learning campaigns over the previous year. Two bochurim were saluted for memorizing the entire Tanya.

Bochurim at the Brunoy Yeshiva were presented with awards for excelling in a number of Mivtza Torah programs over the previous year.

The programs, which were in addition to the regular studies, were organized by members of the hanhala and joined on a voluntary basis by the bochurim.

One Mivtza Torah saw the bochurim memorize the iyun sugyos they studied in Maseches Shabbos. Another had them memorizing ma’amarim in the Tzemach Tzedek’s Derech Mitzvosecha with the explanations they heard during shiurim. The talmidim hashluchim organized a Mivtza to memorize Maseches Shabbos l’girsa, and another to learn a full volume of Likkutei Sichos. And one of the yeshiva’s mashpi’im held a campaign to study twelve perokim of Tanya ba’al peh.

At the event held recently in the yeshiva, the bochurim were awarded for their accomplishments in the mivtzas and presented with certificates and prizes, including stipends towards flights to New York to spend Tishrei with the Rebbe and sets of Shas.

A highlight of the event was when the emcee called up two bochurim Aharon Eisenbach and Levi Yitzchok Dahan, who had studied the entire Tanya ba’al peh. Upon hearing their accomplishment, the entire crowd gave them a lengthy standing ovation.

The organizers thanked the donors and sponsors, the hanhala of the Yeshiva who dedicated their time to testing the students, the talmidim hashluchim, and to the yeshiva’s administration Rabbi Mendel Gurewich and Rabbi Tzvi Hersh Drookman.