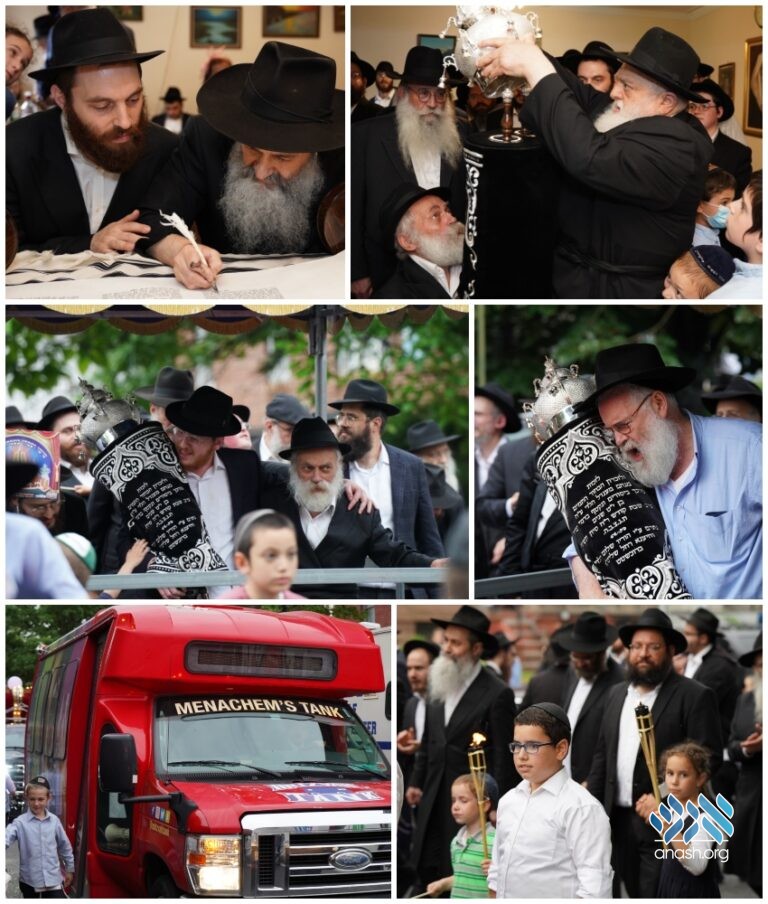 A new Sefer Torah was dedicated Thursday, in memory of Menachem Mendel Bruchstat a”h. The siyum was followed by a parade and hakafos at 770 Eastern Parkway.

The Bruchstat family of Crown Heights celebrated the completion of a new Sefer Torah, written in memory of their beloved son and brother, Menachem Mendel Bruchstat a”h.

Writing of the final letters in the Sefer Torah took place Thursday, at the Bruchstat residence, 313 Crown Street.