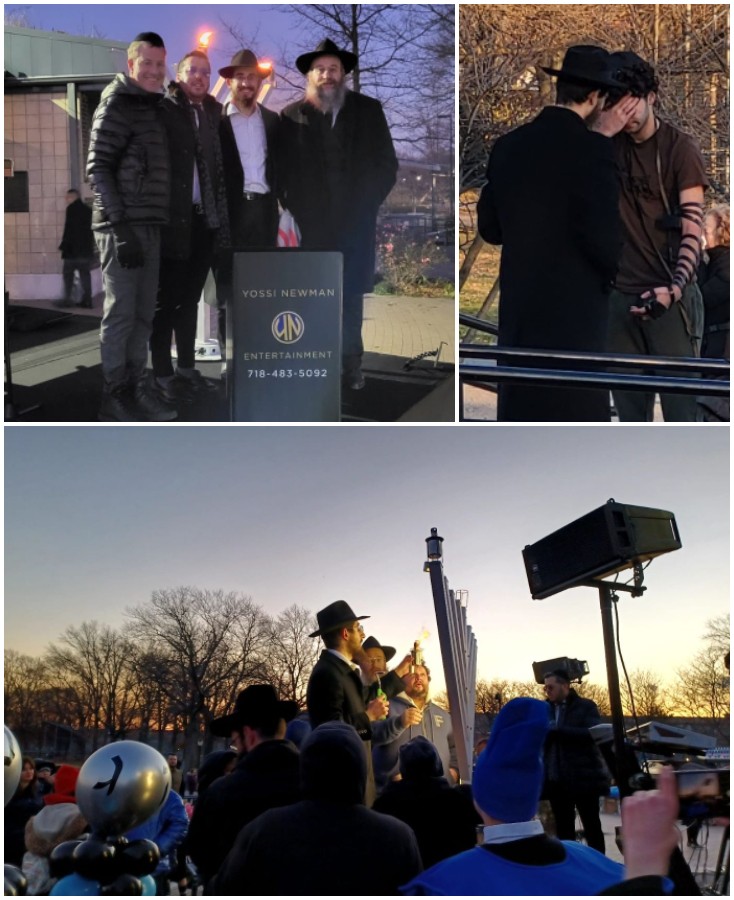 For the first time, a menorah lighting was held at Marine Park, Brooklyn’s largest park. Special permits were required to secure the park for the lighting run by Chabad of Marine Park.

The permits took close to 10 months for approval and were obtained through the efforts of Rabbi Levi Hendel, director of Chabad of Marine Park.

The Menorah lighting was held on the first night of Chanukah alongside hot Latkes & fresh donuts. tHE lighting was preceded by a concert led by Mendy J as well as a Story Show by Shmuli Zalmanov

Despite the freezing cold weather, the Menorah lighting had a great turn out and Marine Park was warm with the Chanukah warmth!