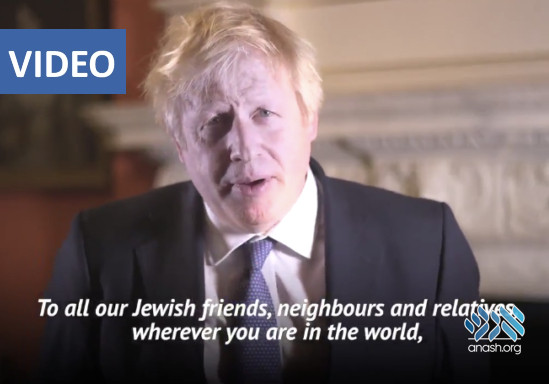 In the video, Johnson talks about Latkes and the “donuts he baked in Golders Green a few weeks ago”.

He said that unlike what occurred during the story of Chanukah, Jews in Britain will never be alone in their fight against anti-Semitism.

The PM concluded his message saying “Britain would not be Britain without its Jewish community and we will stand with you and celebrate with you – at Chanukah and all year round.”

On Twitter, Chancellor Sajid Javid, head of Her Majesty’s Treasury, also sent greetings to the Jewish community in Britain and world-wide.