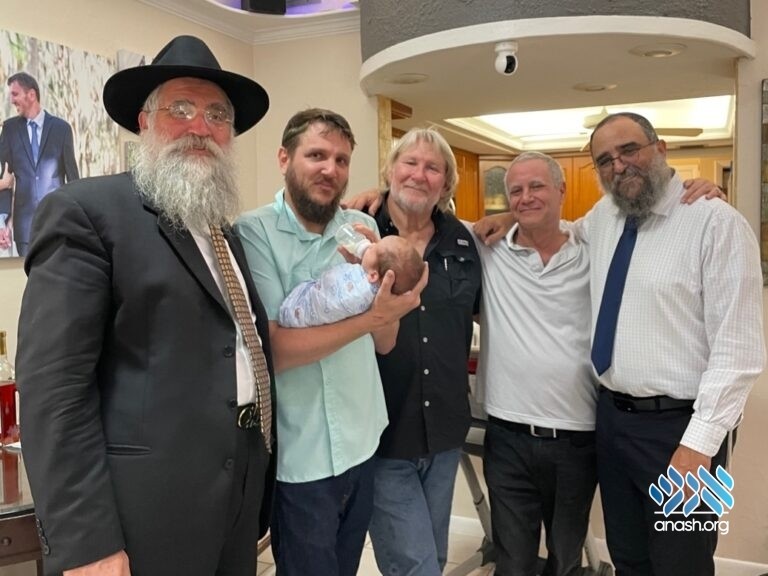 While officiating at a bris of a newborn, Rabbi Yitzchok Minkowicz discovered that both of the baby’s grandfathers have never put on Teffilin. What began as one mitzva ended with 4.

Rabbi Yitzchok Minkowicz Shliach in Southwest Florida went to officiate at a Bris that was being performed by Chabad Mohel Rabbi Yossi Srugo.

Before the bris Rabbi Minkowicz put on Teffilin with the boy’s father but the baby’s grandfathers refused as they have never done it before and did not feel comfortable putting on Teffilin.

After the Bris, Rabbi Yitzchok Minkowicz again asked the grandfathers to do him a personal favor and put on Teffilin in honor of the new baby. The first one agreed and then the second one agreed shortly thereafter.

“Everyone present was so happy as they participated not only in the planned Bris, they also witnessed 2 Bar Mitzvah’s as well,” Rabbi Minkowicz said.