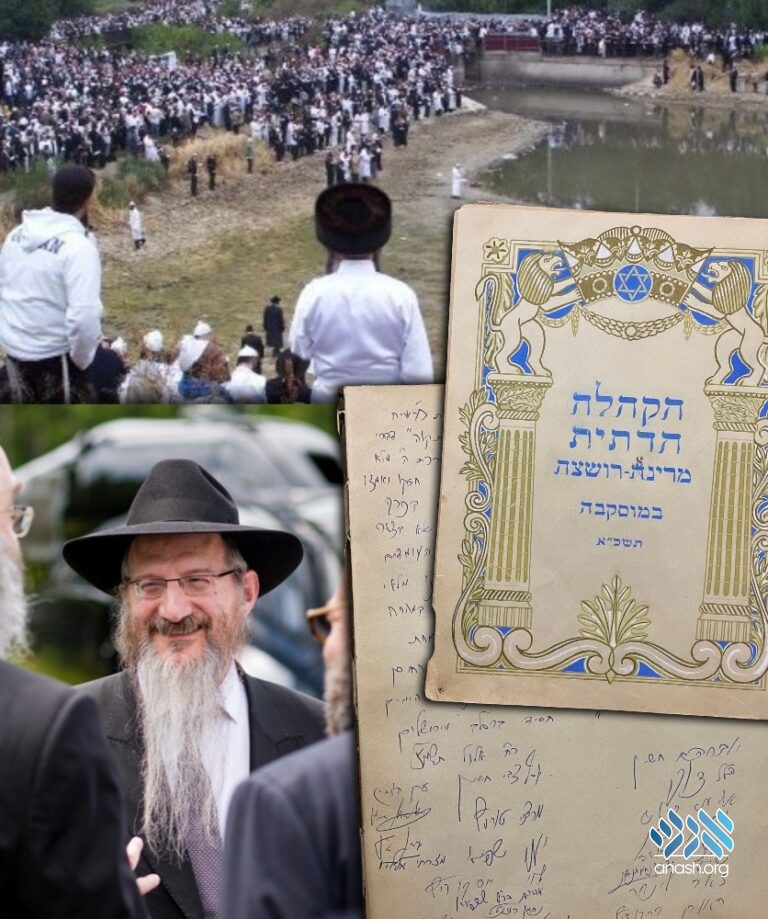 As the Breslov community worldwide searches for a solution for the annual Rosh Hashana trip to Uman, historic documents were published showing Rabbi Berel Lazar’s assistance to those who traveled during the years of communism.

In the past few years, the city of Uman in Ukraine saw between 30,000 – 50,000 visitors over Rosh Hashanah, mainly comprised of Breslov Chassidim who travel to daven by the tziyon of Harav Nachman of Breslov.

This year, however, the pilgrimage was thrown into question. The Ukrainian Ministry of Internal Affairs announced on Monday that due to fears of a spike in coronavirus cases the government will prohibit arrivals to the city of Uman for Rosh Hashanah.

Israeli Health Minister Yuli Edelstein also opposed the mass flights to Uman this year, saying it would have led to “a tragedy” in spreading coronavirus.

Breslov Chassidim around the world are debating the best plan of action for the upcoming Rosh Hashana, with some already traveling to Uman and othr planning on finding ways of entering.

As they consider their options, an historical document found in the office of the Chief Rabbi and Head Shliach of Russia, Rabbi Berel Lazar, sheds light on his help to the chassidim who made the pilgrimage during another challenging period – the years of communist rule in Russia.

The documents are from the visitors’ books of the Marina Roscha Shul in Moscow. In the books, visitors who flew from USA and Eretz Yisroel to Uman via Moscow signed their names, and wrote warm words to the local Jewish community.

“Throughout the years, Rabbi Lazar has always helped the Breslov community and the yearly trip to Uman in any way he could, including during the communist years” the Uman Shalom website said. “We hope and pray that just as those chassidim disregarded the hardships decades ago, that we too will learn from their messiras nefesh and merit to spend this Rosh Hashana in Uman as well.”