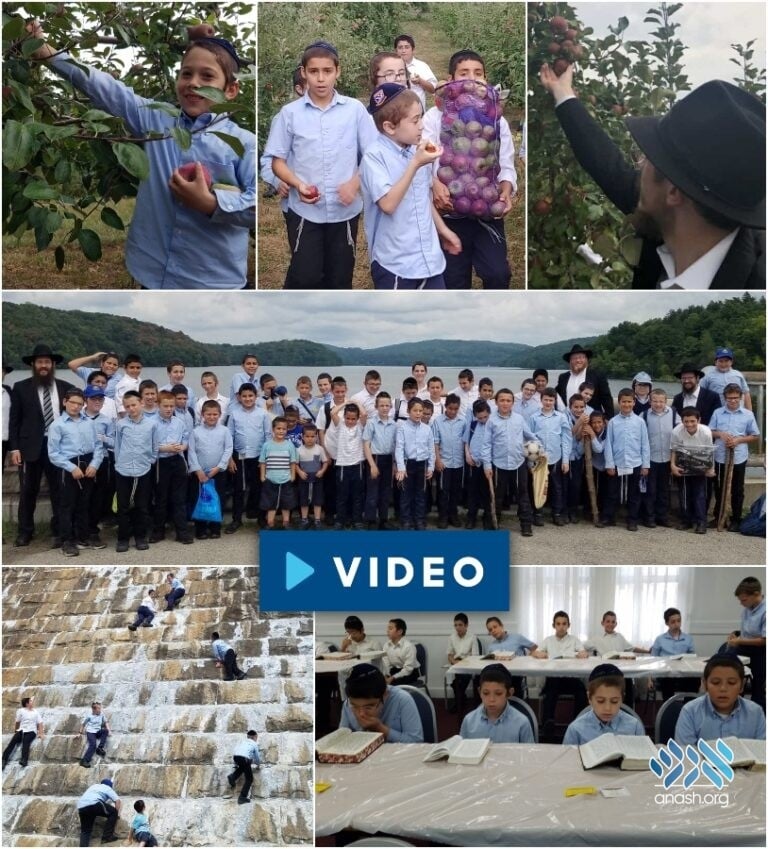 Continuing their yearly tradition, Cheder Ohr Menachem took their students on a meaningful trip on Monday to avoid the parade that takes over Crown Heights

Each year on labor day, the West Indian parade takes over Crown Heights. It is an extremely disruptive and pritzusdik environment, especially during the kedusah of Elul when yeshivos are preparing their students for the yomim tovim.

In Cheder Ohr Menachem Crown Heights Hanhala and dedicated Melamedim use the opportunity every year to take boys out for a full day trip from the early morning until late in the afternoon when the parade and parkway are cleaned. This year was no different.

Early Monday morning the yeshivah met and drove out towards Kehillas ‘Chafetz Chaim’ Shul in Forrest Hills, Queens. Following davening the students listened to a shiur Chassidus from Menahel Rabbi Mendel Yusewitz drawing lessons from Chodesh Elul and a fervent davening. The boys were treated to a delicious breakfast waiting for the yeshiva at the Queens Mesivta YTTL.

Following breakfast, the yeshiva took off on their first trip to Croton Gorge Park. There they experienced a beautiful hike through Hashem’s Nature led by Melameim Rabbi Yisroel Botnick and Rabbi Chanoch Hecht. At the end of the trek, something special awaited the talmidim. Rabbi Dovber Bryski surprised them with a huge bruchim haboim.

After witnessing the beautiful waterfall and the climb back down the mountain, the yeshiva took the talmidim to an apple orchard.

Surrounded by the beautiful scenery of the apple orchard the boys learned some Torah and played a quick game with Rabbi Zalman Goldstein of Ohr Menachem Hanhala. After a wholesome lunch and hearing about the history behind the orchard by Jesse, the owner, talmidim began their preparations for Rosh Hashana. Every talmid chose the apples which he will be dipping in honey on that very special night of Rosh Hashana.

Apple picking was beautiful and left the students full of chayus and refreshed to continue the heilige avoda of Chodesh Elul.