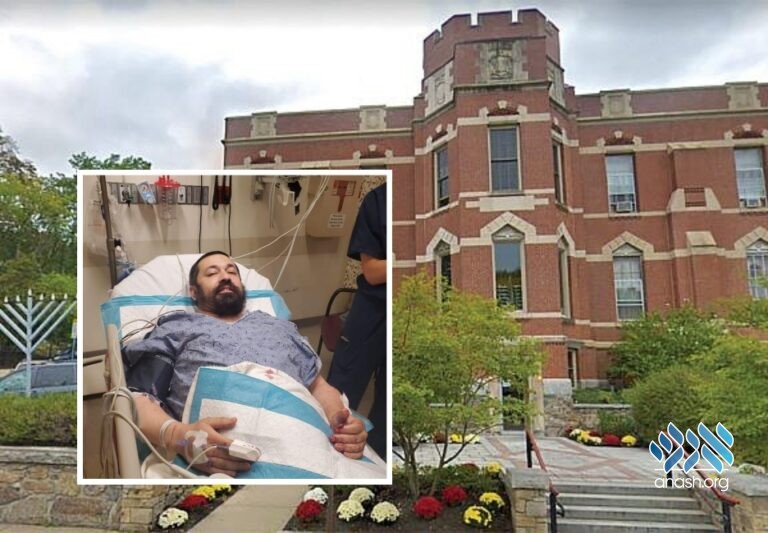 Shliach Rabbi Shlomo Noginsky of Boston, MA, was stabbed nine times outside his Chabad House known as the “Shaloh House”. He was transported to the hospital and is in stable condition.

A Chabad Shliach in Brighton, MA was stabbed multiple times on Thursday afternoon, right outside his Chabad House, in an attack that is still under investigation.

Shliach Rabbi Shlomo Noginsky was stabbed just after 1:00PM outside his Chabad House, known as the “Shaloh House” on Chestnut Hill Avenue near Dighton Street. A Boston source told Anash.org that the attacker had a Middle Eastern appearance, and chased the shliach around a park, stabbing him a total of nine time.

Boston Police have a suspect in custody. A motive was not known.

According to a report, Noginski was sitting on the front steps of the Shaloh House on his cell phone. The suspect approached him, drew a gun and asked Noginski to take him to his car. When the suspect attempted to force Noginski into the car, the rabbi tried running across the street to a small park called Brighton Common, where the suspect stabbed Noginski multiple times in the arm. As the rabbi tried to fend off the attacker he raised a commotion, finally causing the suspect to flee. The suspect was apprehended by police almost immediately.

Boston Police have confirmed to Anash.org that, despite the number of stabbings, the shliach’s injuries were non life threatening.

“Earlier today Rabbi Shlomo Noginski was attacked on the street outside the Shaloh House. He is, thank G-d, in stable condition and being treated in the hospital for stab wounds to his arm and police have arrested the suspected attacker. The incident is still being investigated by the police,” he wrote.

“As soon as our staff became aware of what happened outside, our facility went into lock down to ensure the safety of all the children and staff in our camp. At no point during the incident were any of the children in danger.

“We are all very shaken by what happened and ask for you to please keep Rabbi Noginski in your prayers for a refuah sheleima, speedy and complete recovery (Shlomo ben Zlata Miriam). We are heartened by the outpouring of concern and compassion we have received in just the last hours since the incident,” he wrote.