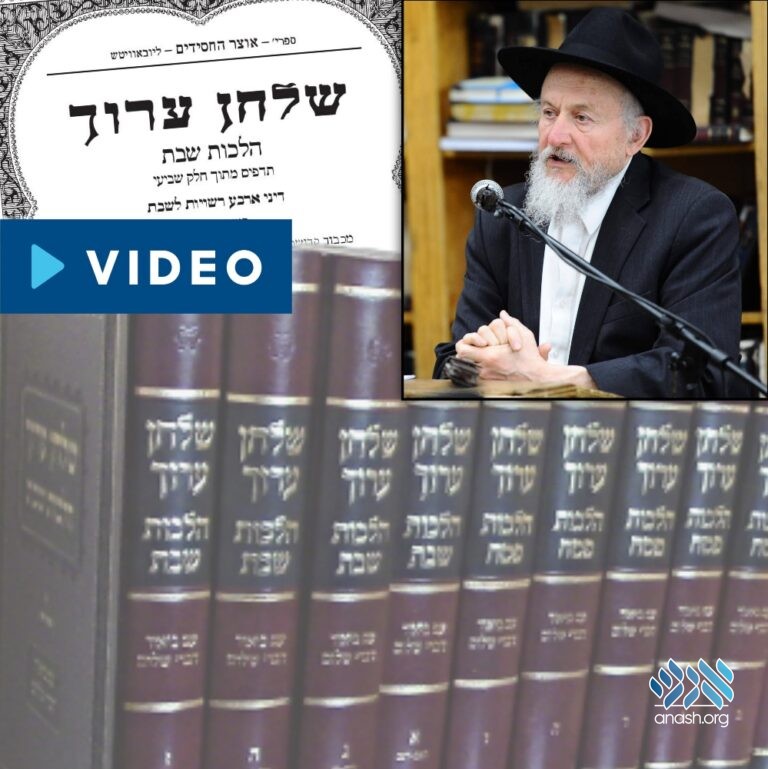 A new publication by Rabbi Sholom Ber Levine on Hilchos Shabbos in the Alter Rebbe’s Shulchan Aruch is being made available for free download, in an effort to have bochurim learn Gemara in the manner outlined by the Rebbeim.

A new publication by Rabbi Sholom Ber Levine on Hilchos Shabbos in the Alter Rebbe‘s Shulchan Aruch is being made available for free download, in an effort to have bochurim learn Gemara in the manner outlined by the Rebbeim.

During the upcoming yeshiva year, bochurim in Chabad yeshivos across the world will be studying Maseches Shabbos. A large portion of the Masechta discusses the 39 melachos, beginning with the melacha of hotza’a, which is covered in the first few blat. The new booklet, which includes relevant simanim in the Alter Rebbe’s Shulchun Aruch with the Divrei Shalom commentary, will give bochruim the opportunity to learn the practical application of the Gemara as well.

The Divrei Shalom commentary is autored by Rabbi Sholom Ber Levine, Chief Librarian of the Rebbe’s library, and editor of the new edition of the Alter Rebbe’s Shulchan Aruch. In recent years, Kehos Publication Society published two series, with over ten volumes of Shulchan Aruch with the commentary. The first series covered Hilchos Pesach, which together with his Divrei Shalom commentary spanned six volumes.

After the completion of the Pesach series, Rabbi Levine continued with Hilchos Shabbos, which is expected to span 7 volumes. Volumes 1,3 and 5 were published in the past few years, and ahead of the coming yeshiva year, Kehot Publication Society released the 7th volume, covering simanim 345-355.

In an effort to revolutionize Gemara study in Chabad yeshivos, and to have them include the study of the Gemara’s practical application, Rabbi Levine published a excerpt of the new volume especially for bochurim and hanhala members. The booklet covers simanim 345-7, which explain the four domains of Shabbos, a topic discussed in the first dafim of Maseches Shabbos.

Besides for the text of the Shulchan Aruch, the booklet includes Rabbi Levine’s commentary, which greatly enhances the study with summaries, citations of the Alter Rebbe’s sources, and explanations of complicated halachos.

Rabbi Levine also delivered a special shiur, summarizing the proper manner of learning as explained by the Alter Rebbe in Hilchos Talmud Torah and as followed in Tomchei Tmimim in Lubavitch, which involves the application of study to halacha l’maaseh.

To allow every Chabad bochur and hanhala member to access the booklet, Rabbi Levine graciously made it available for free download on Anash.org.

VIDEO: Rabbi Levine explains the way of learning outlined by the Rebbeim.