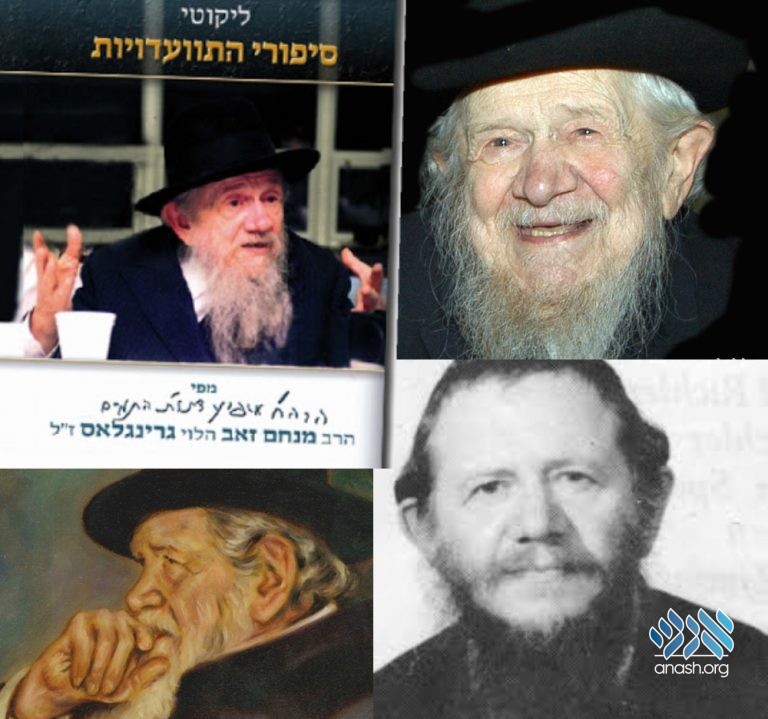 An English book about the legendary mashpia and mekubal Reb Volf Greenglass, including a new biography and stories told by him, is in its final stages. Share your personal memories and inspire others.

Thousands of students were educated by the legendary gaon and mekubal Rabbi Menachem Zev HaLevi Greenglass—who insisted on being called “Volf” without any titles—throughout his close to seventy years of serving as mashpia in Tomchei Temimim Montreal, the yeshiva he helped establish by direction of the Frierdiker Rebbe.

Born in Lodz, Poland, to Alexander chassidim, Reb Volf was attracted at a young age to the derech of Chabad, under the tutelage of Rabbi Zalman Schneerson, and at age 20 he enrolled in the Tomchei Temimim in Otwock. The outbreak of WWII brought them to travel through various countries, including Japan and China, until they reached Canada.

In additional to his immense Torah knowledge, Reb Volf was a treasure house of chassidic stories, and was fond of telling them by his classes and farbrengens. During his illness, Reb Volf was involved in editing some of these stories for publication, and following Reb Volf’s passing in 5771, an 800 page Hebrew sefer was published by his son-in-law Rabbi Dovid Cohen, containing hundreds of Reb Volf’s stories arranged in chapters, as well as some sketches of Reb Volf’s biography and a compilation on Jewish law and custom that he authored.

More recently, Rabbi Cohen decided to publish an English book about Reb Volf, and besides all the stories told by Reb Volf, it will include a biography of his life from Poland to Montreal and his years of educating and mentoring the students of the yeshiva.

The English book on Reb Volf is its final stages of editing. Anyone who had personal interactions with him should send their recollections to rdcstam@gmail.com or Whatsapp audio to 514-572-6076.