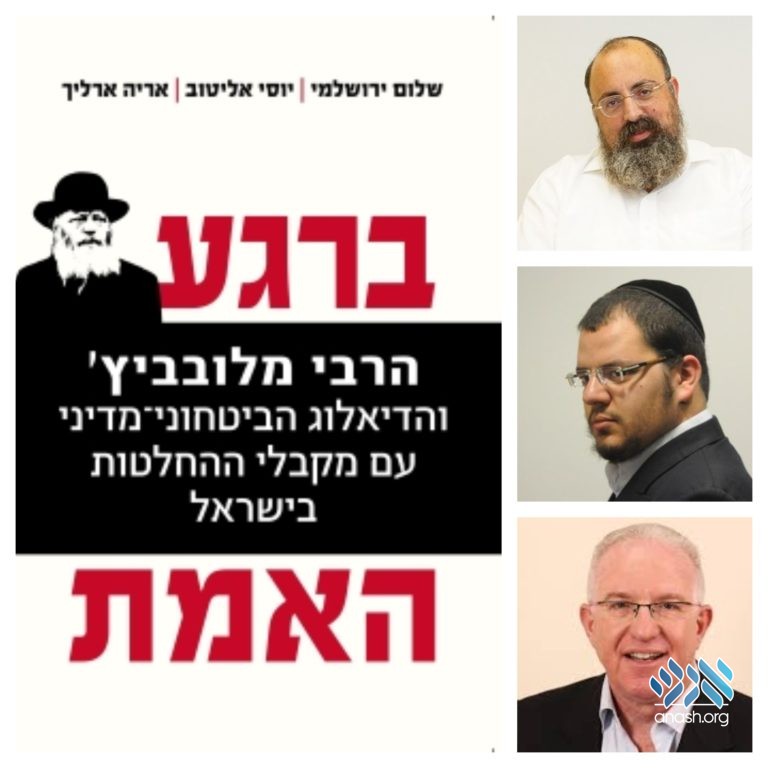 As Israel heads to the polls for the second time this year, the topic of shleimus ha’aretz is once again at the forefront of public discussion. One after another, political parties line up to court the Lubavitcher vote, claiming that only they will guard over the security of Eretz Yisroel. It remains to be seen who will stay steadfast under pressure from President Trump and his ‘deal of the century’.

While the Rebbe’s insistence that Israel never give up land is well known, specifics of the Rebbe’s point of view can be harder to pinpoint. There are those who, unfortunately, conflate the Rebbe’s deep concern for the security of Eretz Yisroel with the extremism of Meir Kahana.

Others take the opposite approach. Joseph Telushkin writes in his book ‘Rebbe’ that we cannot be sure what the Rebbe would say about the Gaza disengagement, if he were faced with today’s demographic challenges.

To reach the crux of the issue would take many hours of research, studying the history of Israel, learning the many sichos the Rebbe devoted to this subject, and uncovering correspondence between the Rebbe and a wide range of Israeli political and military leaders. It would also require interviews with key players, hearing them recount the one-on-one meetings they had with the Rebbe, addressing specific issues or broader theories.

Thankfully, the work has already been done. B’Rega Haemet (Kinneret, Zmora-Bitan, Dvir -2017) presents us with a wealth of information, culled from sichos and  letters from Igros Kodesh, alongside biographies of Israeli personalities, newspaper clippings, historical videos and interviews.

Each chapter in the book explores a different saga in Israel’s history and the Rebbe’s interventions. From the Six Day War, to the peace treaty with Egypt, from relations with the United States and the U.N., through the details of what guns Israel should be using, the Rebbe always had a clear and calculated opinion.

It is fascinating to read the Rebbe’s nuanced approach to so many of the issues concerning Eretz Yisroel and its people. While insisting on an uncompromising front, whether in diplomacy or in war, the Rebbe was aware of the facts on the ground and acted in accordance with them.

When Prime Minister Menachem Begin came to meet Jimmy Carter, he first stopped in New York for a meeting with the Rebbe to discuss the upcoming expected confrontation with the president. When Moshe Dayan received messages from the Rebbe during the Yom Kippur war, he sat with his staff and discussed if and how to implement them.

When Shimon Peres overthrew a right-wing government, the Rebbe personally blocked the creation of a left-wing coalition.  At all times, the Rebbe had his hand on the pulse of Israel’s security.

The book is a comprehensive study of the Rebbe’s connection with the leaders in Israel, both those in the political sphere and those in the military. The authors met with Prime Minister Bibi Netanyahu, the former head of the Shin Bet Ya’akov Peri, former attorney general and Vice President of the Supreme Court Elyakim Rubinstein, along with Knesset Members, generals and other decision-makers. In the interview with Bibi, he claims that the Rebbe’s view is a constant inspiration to him. The book shows how many others felt the same way.

As Israel once again struggles to confirm its national identity, the timeless words of the Rebbe contained in B’Rega Haemet are as relevant now as they ever were.