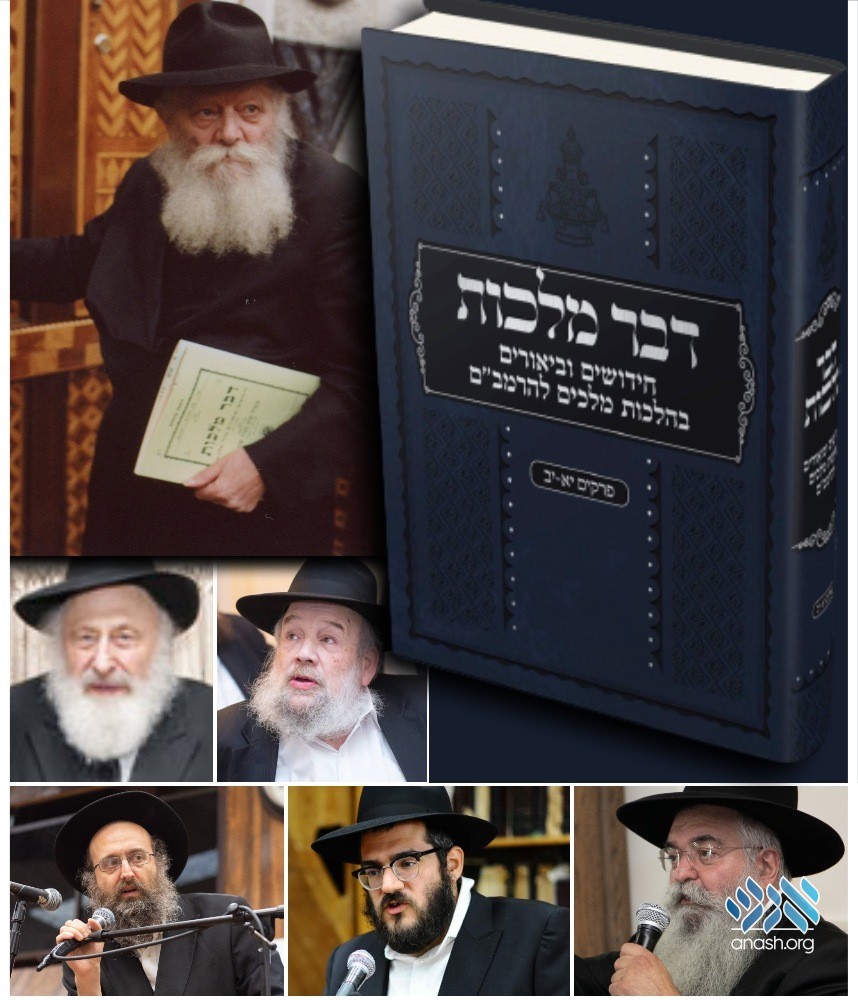 A new Sefer by Menachem Mendel Ezagui compiling the Rebbe’s explanations on the last two perokim of Rambam is earning the praise of rabbonim, mashpi’im and maggidei shiurim from around the world.

A new sefer compiling the Rebbe’s explanations on the last two perokim of Rambam is quickly earning praise from rabbonim, mashpi’im and maggidei shiurim.

The sefer is a result of three years of work by Menachem Mendel Ezagui, a bochur from Crown Heights. Over the past years, he spent hundreds of hours collecting each explanation from the Rebbe’s sichos, ma’marim, letters, and even footnotes in Likkutei Sichos, and arranging them into an encyclopedia-style work of the Rebbe’s extensive explanations on the Rambam’s halachos describing Moshiach and Geulah.

The author told Anash.org that the work is modeled off a booklet that the Rebbe personally handed out, and is called by the same name.

“On 28 of Nissan 5751 (1991) the Rebbe told the chassidim to do all they can to bring Moshiach. A short time later, on Shabbos Parshas Tazria-Metzorah, the Rebbe explained that the “straightest and easiest way” to bring Moshiach is by learning about it in Torah,” he said.

“A few days after the farbrengen, a small booklet was printed, titled “Chidushim U’biurim Behilchos Melchim Perokim 11-12”. Inside were 4 sichos of the Rebbe explaining the last 2 perokim of the Rambam, where the Rambam explains the halachos regarding the coming of Moshiach, and how the world will look when he comes.

“A couple of days after the booklet came out, it was reprinted in Eretz Yisroe, where they added the title “Dvar Malchus”. When the Rebbe received the booklet with the additional title, he immediately said that he would distribute copies of the booklet that night.

“Nonetheless, over the following 29 years, no one took it upon themselves to continue the work and compile all the Rebbe’s explanations. The new sefer does just that, and additionally, every source brought in a footnote is printed in the Sefer as well, giving the opportunity to learn these wonderful explanations with every source,” he said.

The new ‘Dvar Malchus’ clocks in at over 700 pages, and is already gaining praise from Torah scholars around the world. Approbations were given to the book by Rabbi Dovid Schochet, Rov of Lubavitch community in Toronto, Rabbi Sholom Ber Shuchat, dayan on Agudas Harabbanim of USA and Canada, Rabbi Isser Zalman Weisssberg, Rabbi Avrohom Boruch Gerlitzky, maggid shiur in Oholei Torah, Rabbi Yosef Braun of the Crown Heights Beis Din, and others.