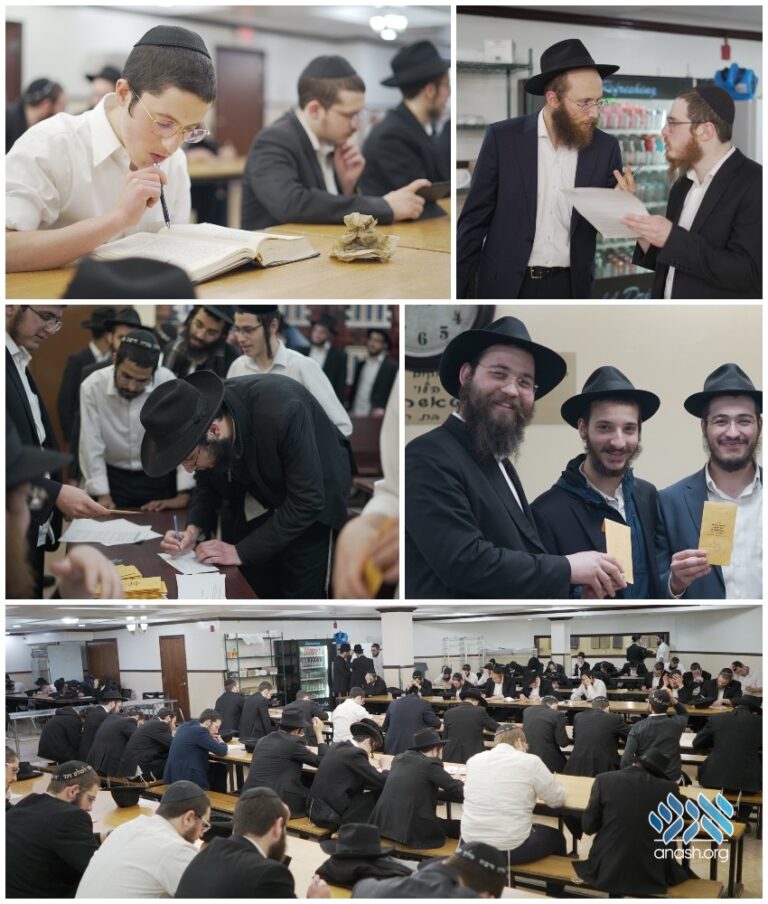 Over 200 Israeli bochurim who are spending the year learning in 770 as part of ‘kvutzah’ were tested on the material they learned during the month of Nissan. Those who scored high marks received cash prizes.

Over 200 Israeli bochurim who are spending the year learning in 770 as part of ‘kvutzah’ were tested on the material they learned during the month of Nissan, with those who passed receiving financial incentives.

The test and incentives were part of the “Yissachar and Zevulun Project” launched by Iggud Talmidei Hakvutza at the start of this year. The project encourages them to make full use of their year in 770 by keeping seder and learning diligently while granting them stipends to cover the costs for their needs.

“This project is revolutionary and the first of its kind,” organizers said. “Baruch Hashem, there is a wide participation among the kvutzah and you can really feel the difference the project makes when walking into 770 during any seder.”

Over 200 bochurim are part of the program, which has tracks for the study of Gemara, Halacha and Chassidus. The goal is that all those participating will have completed the entire Bava Metziah, the first volume of the Alter Rebbe’s Shulchan Aruch, and the Rebbe Rashab’s hemshech of Samach Vov by the end of the year.

At the conclusion of each month, the bochurim are tested, and those who receive high marks are granted a generous stipend, prominently distributed in 770.