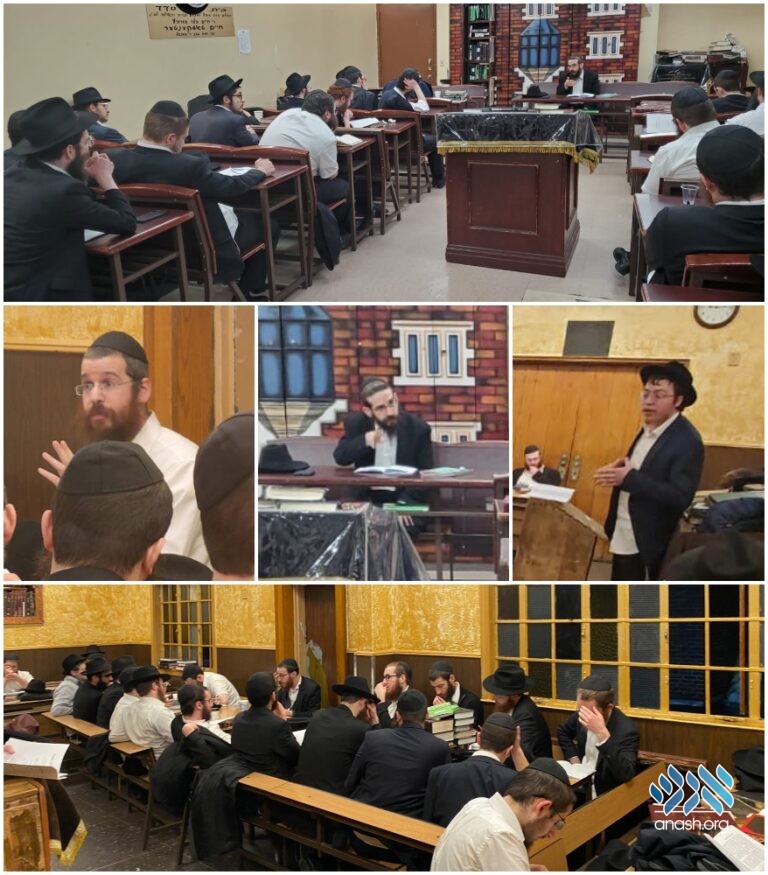 Bochurim learning in 770 have been preparing for Yud Alef Nissan with the gift the Rebbe requested – an addition in learning Torah. A specially-prepared curriculum and guest shiurim are helping them along.

Bochurim learning in 770 have been preparing for Yud Alef Nissan with the gift the Rebbe requested – an addition in learning Torah.

The study began following a gathering of bochurim held after Yud Shvat. At the gathering, the bochurim discussed various ways to prepare for the Rebbe’s 120th birthday on Yud Alef Nissan.

Among other initiatives, they resolved to add in the study of the Rebbe’s Torah, specifically through studying sugyos in Chassidus, as illuminated in the Rebbe’s ma’amarim.

After consulting with mashpi’im, the organizers put together a curriculum and printed booklets collecting the sources on the subject being studied. Shiurim were also arranged with guest mashpi’im and bochurim delivered short shiurim as well.

“A special thank you goes to Rabbi Shmuli Avtzon, who helped us prepare the curriculum and worked with us to get the initiative off the ground,” organizers told Anash.org.

Organizers tell Anash.org that many other initiatives have been planned for Yud Alef Nissan, with more being launched each week as the auspicious day approaches.

Click here for the curriculum and the recordings of the shiurim.