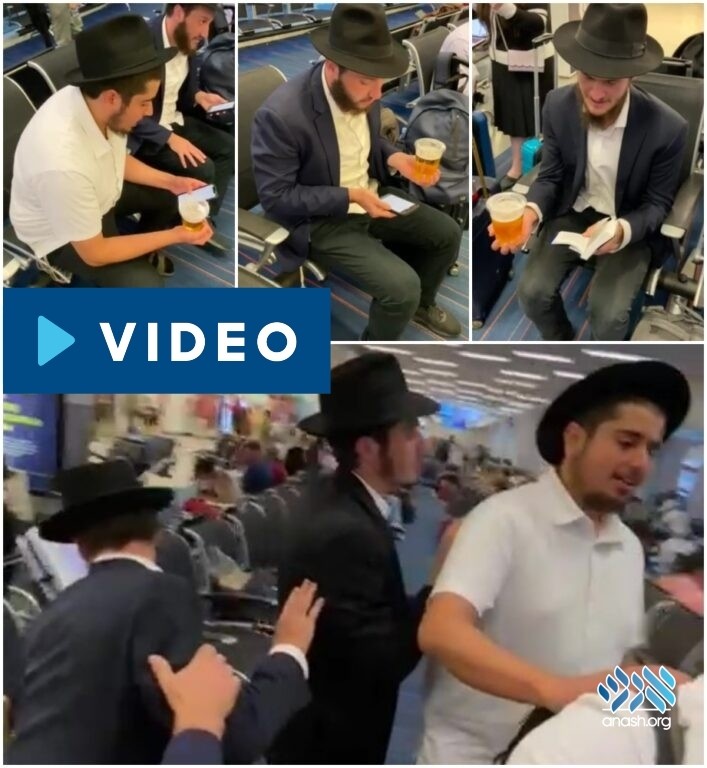 A group of bochurim who were traveling to Los Angeles to serve as the shluchim at the YOEC Mesivta were approached by a newlywed couple in the airport with a request. The story ended with a joyous dance.

A group of bochurim who were traveling to Los Angeles to serve as the shluchim at the YOEC Mesivta were approached by a newlywed couple in JFK airport, with an unusual request.

The couple came over to the shluchim and told that it was the 7th night since their wedding, and they would like to make the last sheva brochos right then and there, in the airport.

The shluchim immediately agreed, but one challenge remained. They were only a group of five, and with the chosson they were 6. They needed another 4 Jewish men, and only half hour remained until shkiah.

“We decided that we will make it happen, so we started looking for any Jew we could find,” they told Anash.org.

After a quick search, they managed to pull together a minyan, and washed for hamotzi with just minutes left. They then benched and made sheva brachos right there by the gate.

They even concluded the sheva brachos with a joyous dance of simchas chosson v’kallah.