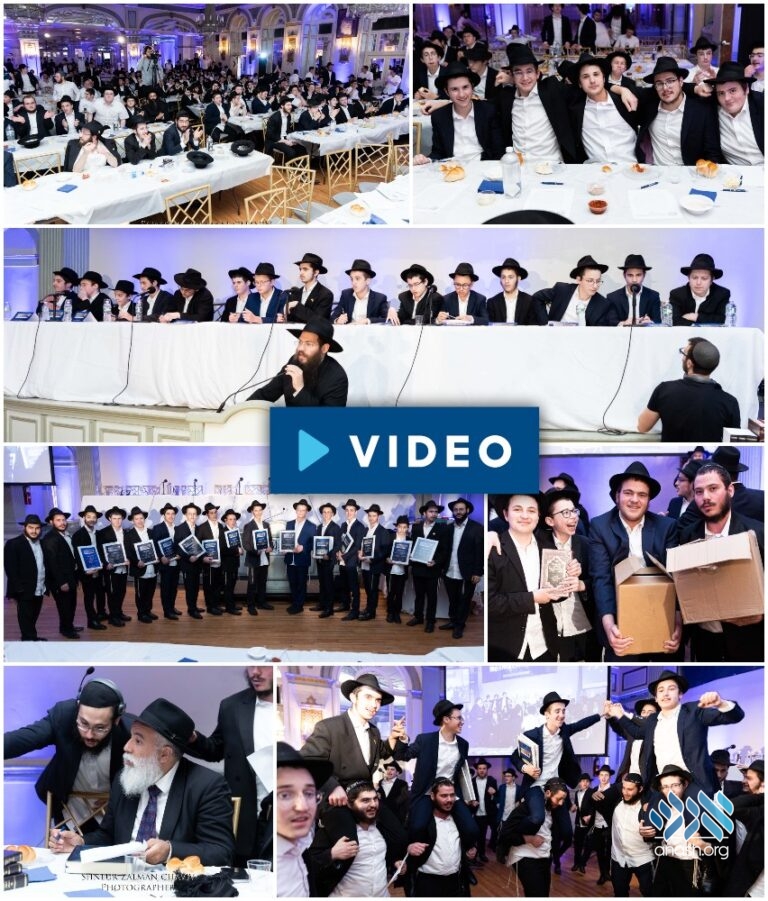 Fifteen finalists from twenty Chabad yeshivos displayed their knowledge of the Rebbe’s sichos on Moshiach at the first international Moshiach Chidon on Motzei Shabbos in Crown Heights.

Judged by Rabbi Simon Jacobson, Rabbi Shalom Zirkind and Rabbi Shais Taub, 15 finalists were on stage for round one. The bochurim who all knew the material thoroughly were each marked very precisely.

Round two consisted of a smaller group of 6 contestants. In the final round were the top 2: Eli Uminer of Boston, MA won first place and Mendel Kessler of New Haven, CT won second place. Both of which learn in Mesivta in New Haven. Third place was won by Tzemach Hendel of Crown Heights.

At the event, the judges farbrenged about Hiskashrus to the Rebbe specifically through learning about Moshiach and inspired the bochurim to continue giving the Rebbe nachas.

Each bochur that participated in the Mivtza – taking the tests during the last few weeks, received their prizes.

All the weekly raffle prizes and the items from Rebbe were distributed as well.

Both the first and second place winners went home with a dollar received from the Rebbe.

The Mivtza culminated with a lavish Melave Malka and dancing, celebrating learning the Rebbe’s Torah and the Geula.

“This definitely gave the Rebbe a lot of nachas from his bochurim, “Dem Rebbin’s Kinder”, and will ultimately bring the hisgalus of Moshiach now,” organizers said.