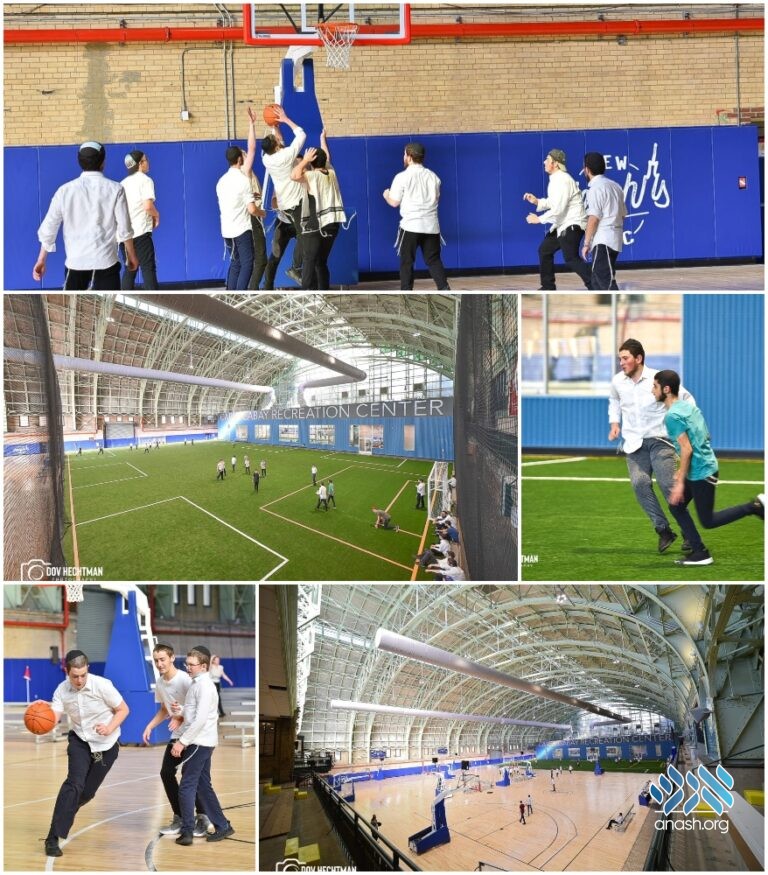 A group of students from Chovivei Torah were among the first to enjoy the sports facilities at the new Major Owens Health & Wellness Center, located at the site of the Bedford-Union Armory. “The activities help the bochurim learn better,” one staff member said.

A group of bochurim from Chovivei Torah were among the first to enjoy the new sports facilities at the new Major Owens Health & Wellness Center, located at the site of the Bedford-Union Armory.

The Bedford Union Armory is a historic National Guard armory building located in Crown Heights. The brick and stone castle-like structure was built in 1903 and opened in 1908 and was used by the U.S. Army for training, equipment storage, and even as a horse stable.

The Armory was decommissioned for military use and the site was taken over by the City of New York in 2013. The Armory has been vacant and underused for years, except when it was used for large events such as meals and workshops during the International Kinus Hashluchim, or for the banquet of the Kinus Hashluchos. Satmar groups from Williamsburg also used the building a number of times to host large gatherings.

In 2015, the New York City Economic Development Corporation designated Bedford Courts LLC, an affiliate of BFC Partners, to redevelop the Bedford-Union Armory as part of a mixed-use project including recreational and community space and new mixed-income housing and office space. The planned final facility will include an indoor swimming pool, 3 hardwood basketball courts, an indoor soccer field, a fitness center, and areas for boxing and archery, the facility will also include 45,000 square feet for local community-based nonprofits that offer programming such as coding, after-school support, athletic clinics, and camps.

In recent weeks, the facility marked its soft opening, with groups able to use the courts and sports facilities. Taking immediate advantage of the opportunity, Chovevei Torah was the first moisad in Crown Heights to utilize the facilities.

The yeshiva’s students have already visited the center a number of times, enjoying the swimming pool and the basketball and soccer fields located inside. The ability to use the center was thanks to a yeshiva parent, who sponsored the cost. Plans are for the yeshiva to continue to utilize the center, using the opportunity offered by the top-quality facilities to rejuvenate and gain more energy for their studies.

“The Rambam in Hilchos Deos writes that bodily health and wellbeing are part of the path to Hashem,” Rabbi Chaim Levilev, Assistant Administrator at Chovevei Torah told Anash.org. “The staff at Chovevei Torah find that exercise helps the bochurim learn better and with more focus. Parents agree and have been very supportive.”