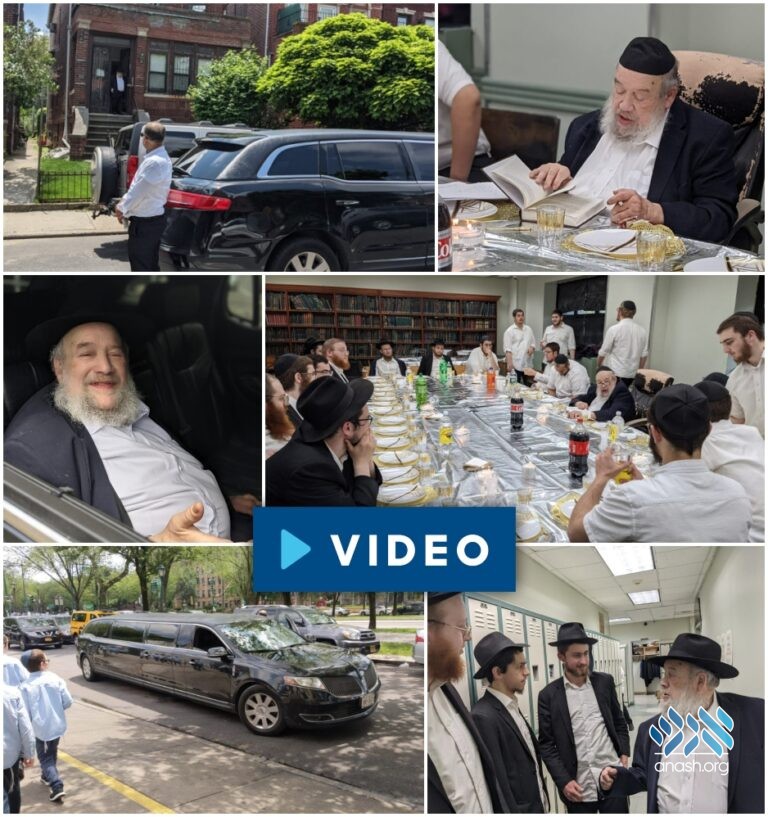 Students of Rabbi Avrohom Gerlitzky celebrated his 50th year of teaching in Oholei Torah with a limousine pick up for their beloved maggid shiur and a grand farbrengen following his shiur, the 80th of this year.

Students of Rabbi Avrohom Gerlitzky marked his 50th year of teaching in Oholei Torah with a grand celebration which began at his home and continued to his shiur room in the Oholei Torah campus.

Rabbi Gerlitzky began teaching in Oholei Torah, the flagship Chabad Yeshiva in the United States, in 5732. This year, 5781, marks the start of the 50th year that he is teaching, l’orech yomim v’shanim tovos.

During the five decades that he has taught in Oholei Torah, thousands of students studied under him, and he is beloved by his students and alumni around the world, who simply refer to him as “Reb Avrohom.”

Every year, as Rabbi Gerlitzky’s birthday approaches in Cheshvan, students show their appreciation for their beloved maggid shiur by throwing a grand birthday bash, and this year was no different. But his class of 5781 decided that for this year, one party wouldn’t be enough.

As the yeshiva year approached its end, his students began planning an additional bash, celebrating the start of Rabbi Gerlitzky’s 50th year of teaching. The bochurim also had another milestone to mark, as Wednesday would be Rabbi Gerlitzky’s 80th shiur delivered over the course of this year.

The bochurim arranged for a limousine to wait outside Rabbi Gelitzky’s house as he headed out to yeshiva, and transported him to Oholei Torah with great fanfare. Arriving in the yeshiva, the bochurim headed straight for the shiur room, which had been decorated and set up with food, drinks, and even lit candles.

Despite it all, the bochurim did not forgot what the celebration was about. Rabbi Gerlitzky preceded to give his regular shiur, delving into the depths of the Gemara, Rishonim and Acharonim, before the party commenced.