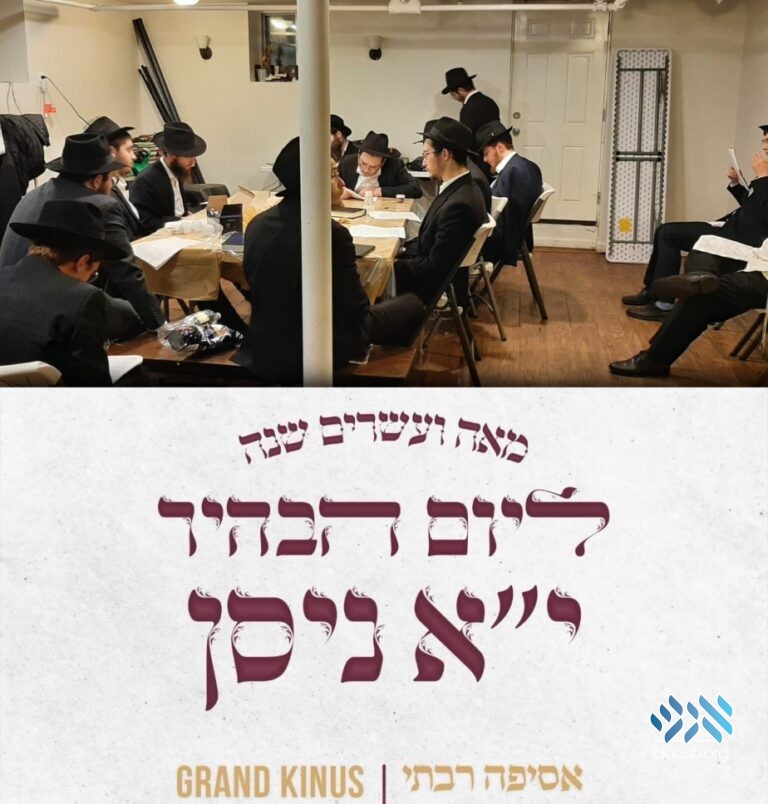 Although Yud Alef Nissan is still six months in the future, a group of bochurim studying in 770 have already begun a number of projects to prepare for the day, and are planning a gathering to discuss additional plans and preparations.

Although Yud Alef Nissan is still six months in the future, a group of bochurim studying in 770 have already begun preparing.

The group, comprised of English speaking bochurim currently studying in the central Yeshivas Tomchei Tmimim in 770, have already launched a number of projects as a preparation for the Rebbe’s 120th birthday, which chassidim around the world will be celebrating this Yud Alef Nissan.

Among the projects already begun is the “Lamed Ches Club”, where a group of bochurim gather every Motzei Shabbos to listen to the a farbrengen of the Rebbe from 5738. During that year, as the Rebbe recovered from the heart attack on Simchas Torah, the Shabbos farbrengens were delivered on Motzei Shabbos to allow the use of a microphone, and thus they were able to be recorded. With the kvius of 5782 being the same as 5738, the bochurim chose to listen to the farbrengens and hear how the Rebbe views the Parsha and the time of year.

In order to encourage bochurim and anash to begin their own preparations, a grand Kinus will be held on Sunday, 11 Cheshvan, six months to the day before Yud Alef Nissan. The kinus, which will take place in 770 Eastern Parkway and be broadcast around the world, will be addressed by rabbonim and mashpi’im who will discuss ideas how to prepare for the Rebbe’s 120th birthday, and encourage chassidim to each begin their personal preparations.

The kinus will take place on Sunday, 11 Cheshvan, in 770. More details to follow.