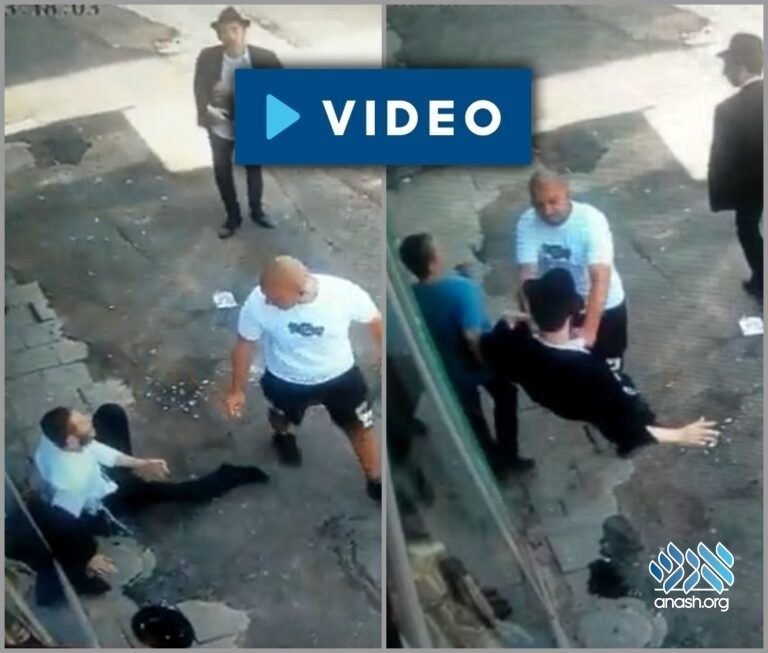 Bochur Levi Blau was on his way to mivtza Tefillin in central Tel Aviv when he was assaulted and knocked to the ground by a man shouting ‘charedim.’ “It was traumatic, but it isn’t going to influence anything,” Blau says.

A Chabad Bochur was randomly assaulted while walking down the street in Tel Aviv last Friday, on his way to mivtza Tefillin.

Levi Blau and two friends were walking down Allenby Street in Tel Aviv Friday when a man shouted “charedim”, and shoved him down to the ground.

The three bochurim are all students at the Central Chabad Yeshiva in Kfar Chabad, were on their way to help Jewish men lay tefillin, as they do every week.

In an interview with Israel’s 103FM Radio Blau later related that “We were on a way to a Tefillin campaign which we do weekly, walking on Allenby Street when a man confronted us, screamed “chareidim” and pushed me to the floor.”

“We hadn’t even asked that person if he wanted to lay tefillin, because we were on our way to someone,” Blau recalled. “Suddenly, out of nowhere, it happened. It was really terrifying. I saw him really concentrate and then send me flying.”

“We were just in shock. You can see in the video clip, I was on the floor for two minutes, also the person who was next to me. We just looked. We were in shock. From the shock, we continued walking to lay tefillin, and suddenly after a minute I said, ‘It could be that this was an attack just now.’

“This was traumatic, but it isn’t going to influence anything,” Blau emphasized. “We are going to go every Friday to the same place, to the same people, we will do it twofold. We are here, the whole yeshiva, 200 people, doing this every Friday. We won’t stop, and we will even increase.”

Surveillance footage has been submitted to the police and a complaint was made against the attacker.