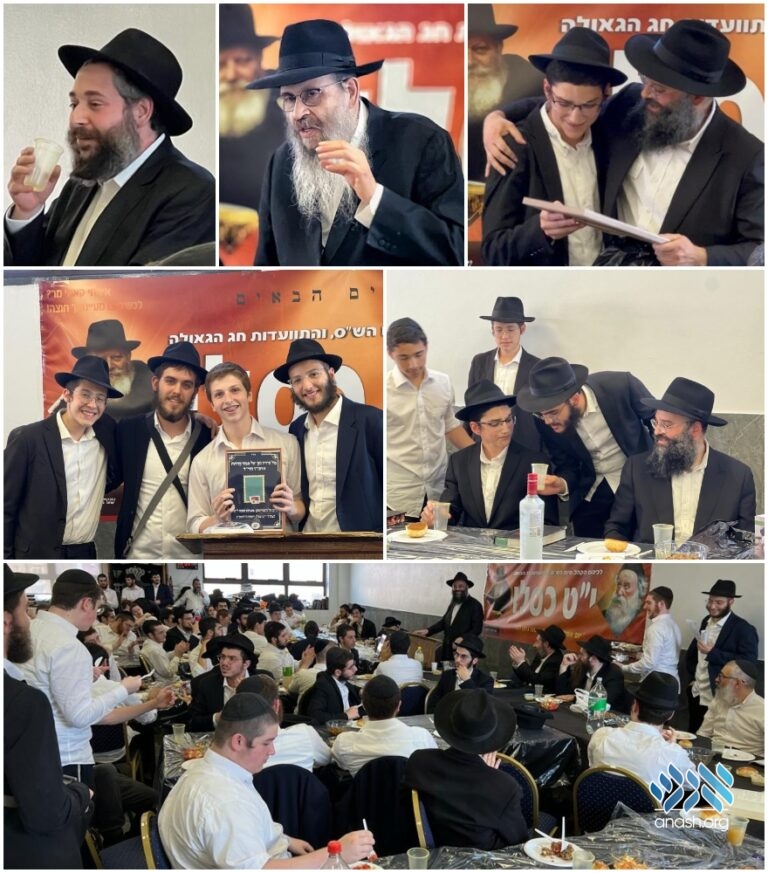 A bochur in the Lubavitcher Yeshiva in Argentina celebrated the completion of his personal study of the entire Shas during a farbrengen celebrating Yud Tes Kislev at the Yeshiva.

A Siyum Hashas by a Yud Tes Kislev is common…for group study. After all, the Alter Rebbe instituted chalukas hashas and the custom is to conclude the study on Yud Tes Kislev. But one siyum this year celebrated one individual’s completion of the same momentous study.

The siyum took place at the Chabad Yeshiva in Argentina, where bochurim of the mesivta and zal, the hanhala and fathers of the bochurim had gathered for a farbrengen celebrating Yud Tes Kislev.

Concluding the Shas was bochur Menachem Mendel Srugo, who had achieved the special milestone after years of study. The siyum gave an added level of joy to the already festive farbrengen for the chag hageulah of the Alter Rebbe.

Prizes were also distributed to mesivta bochurim who participated in the mivtza hachana for Yud Tes Kislev. Many fathers gifted their sons with dollars from the Rebbe they themselves has received as a touching gift showing their participation in their sons’ dedication.