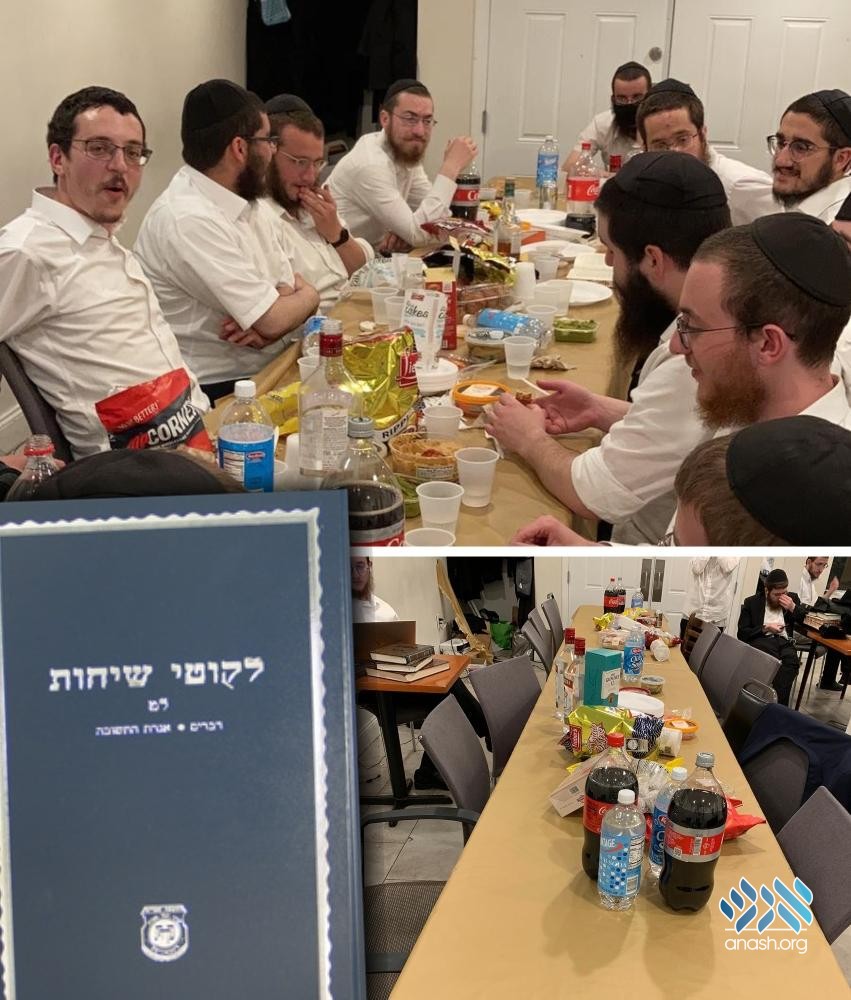 It took four hours a day, but he was determined to reach the finish line. Three years later, Laibel Shemtov held a siyum celebrating the study of the entire Likkutei Sichos.

It took him four hours every day for three years, but he did it! Laibel Shemtov has mastered the entire Likkutei Sichos.

Shemtov, who hails from Westbloomfield, MI, and currently learns at the Ohel, began his journey three years ago in Kfar Chabad at the age of 19.

“I learned for about three or four hours a day and really enjoyed it,” he told Anash.org. While Shemtov hadn’t started out intending to complete Likkutei Sichos, at the end of his first year of learning he made a decision to keep going and finish it in its entirety.

“Each sicha took about 45 mins to an hour, plus half an hour for review,” he said, describing his system of learning three sets of chalakim per year, with each sicha studied twice.

Shemtov pointed out that the Rebbe’s teachings in Likkutei Sichos always have a hora’ah lemaaseh b’poal, and the limud itself is pretty straight to the point, which makes sichos easier for him to learn than other areas of the Rebbe’s Torah.

Together with fellow bochurim learning at the Ohel, Shemtov held a siyum celebrating his remarkable accomplishments. “It was so geshmak!” he shared, “and actually- it’s not so hard to do. What it really takes is patience and time.”