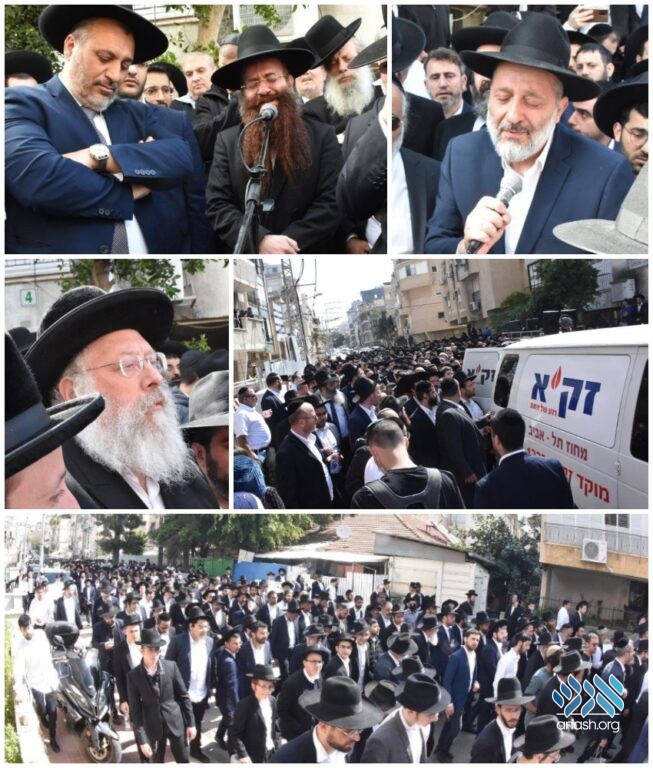 In a heartrending levaya, residents of Bnei Brak farewelled Rabbi Avishai Dovid Yechezkel, who was murdered by an Arab terrorist while shielding his two-year-old son from the deadly rampage.

Hundreds of people gathered for the funeral of Rabbi Avishai Dovid Yechezkel, who was murdered along with 4 others by an Arab terrorist.

Yehezkel, a yeshiva student who was taking his 2-year-old son for an evening walk in his stroller in an attempt to get the boy to sleep.

Once outside, Yechezkel heard the sound of gunfire approaching and quickly shielded his two-year-old son with his own body. He was shot along with 4 others.

He is survived by his wife, who is eight months pregnant, and his son.

A few hours later, crowds gathered for the funeral of Yaakov Shalom, a father of four. Shalom was driving home when Hamarsheh stopped his car and opened fire on him from close range.

The victim’s brother Ovadia Yehezkel eulogized him at the funeral, saying that Avishai called to warn him that there was a gunman, and then used his body to shield his son, saving the child, who was left alone in the street after his father was killed.