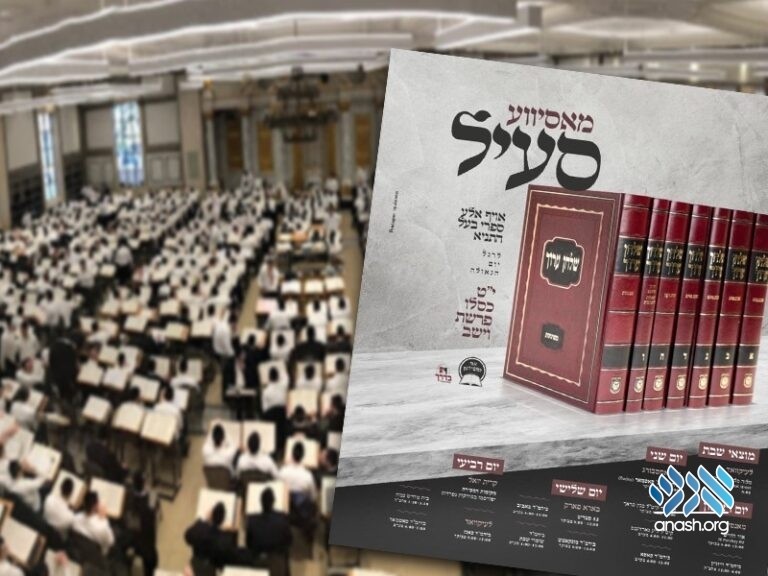 As the staff at Ohr Hachassidus began round-the-clock preparations to take this year’s Yud Tes Kislev seforim sales to the next level, Rabbi Avremy Mann of Ohr Hachassidus received a surprising call from two unexpected institutions.

In the weeks leading up to Yud Tes Kislev, the office of Ohr Hachassidus is thrown into a frenzy, with staff racing against the calendar to get everything ready for one of the biggest peulos of the year. On the Rosh Hashanah of Chassidus, they are determined to bring the now famous Baderech Seforim Mobile to as many communities as possible, from Williamsburg to Kiryas Yoel and everywhere in between.

The Baderech mobile is one of the most exciting tools being utilized to bring sifrei Chassidus to heimishe communities. An enormous truck with video screens lining each side, the walls of the truck rise up to reveal shelves stacked with books. Its mission is to make an extensive selection of seforim widely accessible in communities across New York and New Jersey by literally bringing the bookstore to the streets.

This year, the plans for Yud Tes Kislev are grander than ever, with two trucks scheduled to hit the road beginning on Motzei Shabbos. The Baderech Seforim Mobiles attract people by creating a shturem wherever they go, with wide video displays and joyous music. A creative team is busy coming up with a jingle to broadcast the message of the day, and graphic designers are brainstorming and testing eye-catching visuals. Staff are working around the clock to set up the trucks, which will be the site of mass seforim sales from Motzei Shabbos through Wednesday.

Earlier this week, Baderech coordinator Rabbi Menachem Lessoff sat down with his team to map out the mobile’s upcoming routes. Williamsburg, Boro Park, Monsey, Lakewood – so many communities, and only a few days to reach each one! They spent several hours coordinating times between shuls and yeshivos in each neighborhood, ensuring that they can reach everyone who is interested and they’ll be stocked with the most sought after seforim.

As he poured over the maps, Menachem received a surprising instruction from Ohr Hachassidus founder Rabbi Avremy Mann: “Make room for two new stops! This year we’re including Yeshiva University and the Bais Medrash Gevohah of Lakewood.” He went on to describe the enthusiasm with which he had been received when a previous detour led him to the steps of the famous yeshiva. Ecstatic, the team painstakingly worked the new destinations into the route.

“This is the very mission for which these trucks have been created,” said Rabbi Lessoff. “We’re here to bring the mayanos to those who may have never had the chance to taste from the waters of Chassidus. Whether a person spends his days bent over a Gemara, pursuing a degree, or at his rebbe’s tisch, the inner dimension of Torah brings a new glow to every area of his life.”

Lchsheyafutzu maayanasecha chutzah – the thirst for Chassidus is strongly felt, and it’s everywhere! The masses have spoken. It’s time to hit the streets.