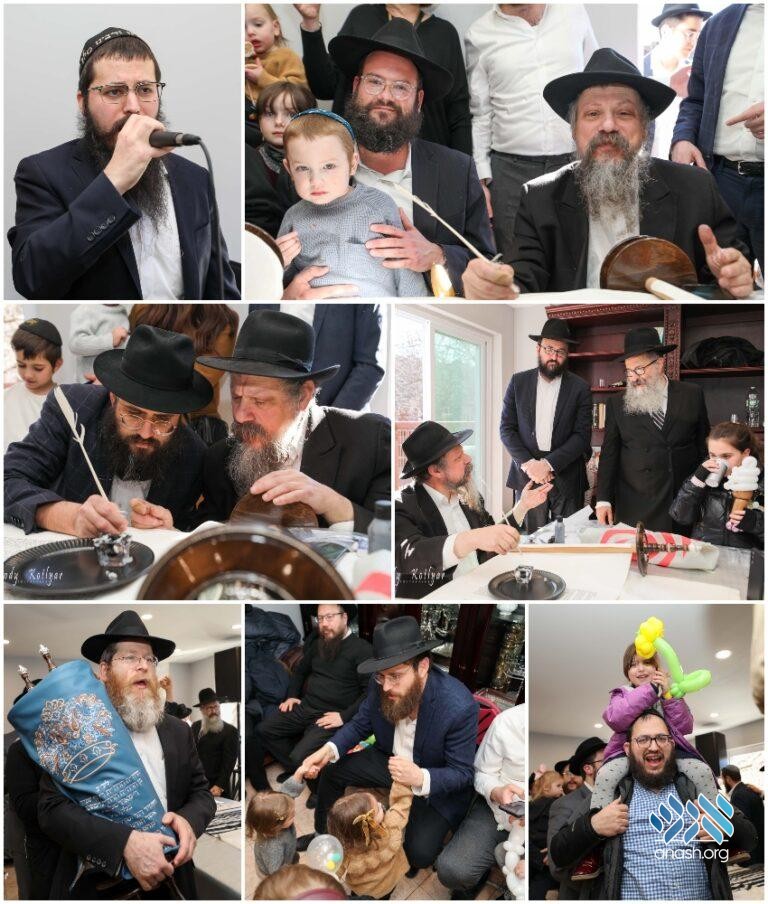 The Blizinsky family celebrated the completion of a Sefer Torah written in memory of their beloved father Rabbi Yosef Simcha Blizinsky a”h, and l’zchus their mother Mrs. Miriam Golda Blizinsky.

Yosef arrived in Israel at a very young age and lived in Ramat Gan until he left Israel, in 1952, to go study at the Lubavitcher Rebbe’s Yeshivah 770. In 1956, he got married to Miriam Kalmanson at the age of 25.

Yosef was raised in a family that valued Chinuch. His father taught many older people, including professors, writers & government officials. He was very successful at making many Baalei Teshuvah from among the intellectuals in Israel.

Yosef himself highly valued Torah Study. Soon after he got married in 1956, he was sent by the Rebbe to teach in Boston. He taught in the Lubavitcher Yeshiva there. Additionally he gave frequent classes for adults to spread Yiddishkeit & Chassidus in the Boston area. Teaching was his passion, and he would spend countless hours with his wife Miriam coaching him on his English, so that he could deliver the perfect lectures for which he was fondly remembered by so many of his Talmidim and Talmidot (students). This continued until 1968, when after consulting with the Rebbe, they moved back to Crown Heights.

Yosef’s desire was always that his children & later grandchildren would have the very best Torah education. He took a real interest in ensuring that they would get good grades, both by studying with them himself and (later on) by giving financial incentives for perfect report cards. He was a consummate speech writer and exacted perfection from his proteges. He taught virtually all his grandchildren (even those that were far away) their Bar Mitzvah Maamor (Chassidic Discourse) and would not accept anything less than perfection!

He always had a beaming smile for all his grandchildren wherever and whenever he encountered them. The look of pure joy on his face was a sight to see.