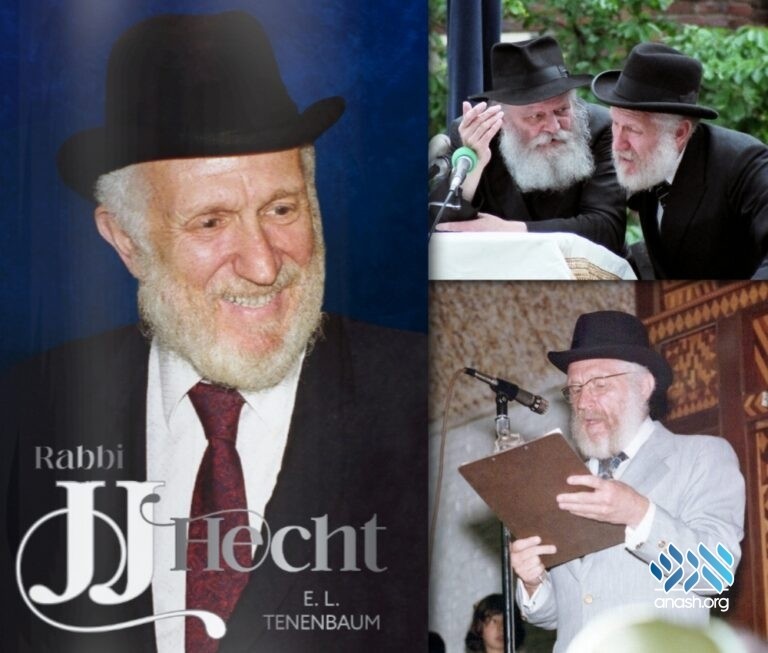 In production for the past 5 years, a long-anticipated book about the legendary Chossid Rabbi Yaakov Yehudah “JJ” Hecht is set for release in honor of his 32nd Yahrzeit. It is available with an exclusive discount from NCFJE for a limited time.

There is a lot of excitement surrounding the long-anticipated release of “Rabbi JJ Hecht”, a biography chronicling the life and times of Rabbi Yaakov Yehuda “JJ” Hecht. It is set for release on his 32nd Yartzeit on 15 Menachem-Av.

Research for the project began five years ago and was meticulously conducted in examining tens of thousands of documents in the vast archive at NCFJE, the organization Rabbi Hecht ran for nearly 50 years, hundreds of hours of audio and video recordings, and dozens of personal interviews. Progress was closely monitored by Rabbi Hecht’s dedicated wife, Rebbetzin Chave Hecht a”h, who passed away earlier this year and was a driving force behind the project.

Guided by the Rebbe, Rabbi Hecht was a pioneer in Jewish outreach, and founded over 50 religious and humanitarian organizations dedicated to helping Jews in need. He was a prominent radio personality and fiery orator, gaining a worldwide reputation for his distinct style of speaking, unflinching approach to challenges facing the Jewish people, and inspirational messages which well-resonated with twentieth century Jews.

Rabbi Hecht was a father figure to thousands of girls who spent their summers in Camp Emunah, the overnight camp he started in 1953 and is currently celebrating its 70th season. He spearheaded efforts to save thousands of Iranian children during the revolution in 1979 by providing student visas and caring for them once in America. Above all, he was wholly dedicated to the Lubavitcher Rebbe and served as his official translator, ambassador, and right-hand man, and of course was well-known as the inimitable MC of the Lag B’Omer parades and children’s rallies.

Read about this and much more of his work to preserve Judaism for every stage and every age of life, from the shores of Australia to America’s coasts to the budding state of Israel.

The book is published by Jonah Press, an imprint of Mosaica Press, and distributed by Feldheim. You can expect to find it in a bookstore near you in the coming weeks.