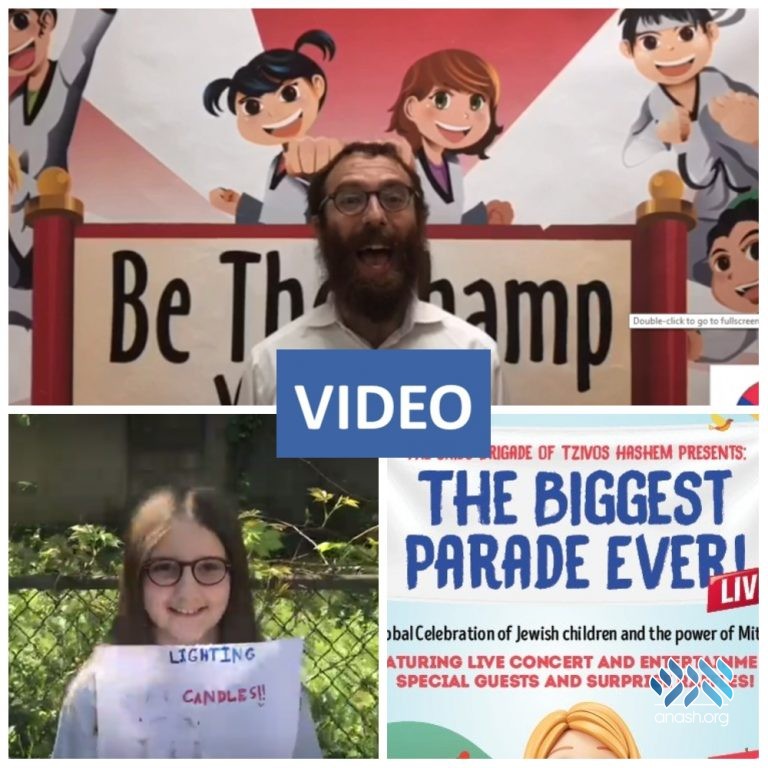 Jewish kids from around the world will be proud to see themselves featured at the Ckids’ Lag Baomer parade, as they promote the Rebbe’s mivtzoim.

Ckids has stepped up the the plate by organizing the largest virtual parade this Lag Baomer, featuring a live concert with Eli Marcus, entertainment by ventriloquist Chuck Field, special guests, surprise raffles and more.

But what will make the parade most exciting – and meaningful – for the kids, is if they are an active part of it. This year’s virtual parade will include videos sent in by Ckids themselves!

You can join too! Send a video of your children and have them featured at this year’s Lag Baomer virtual parade. Deadline to submit: Thursday May 7th.

Watch Rabbi Dovid Weinbaum share instructions on how to join:

Save the date! The biggest Lag Baomer Parade will air LIVE on Tuesday, May 12, at 5:30pm EST.

You don’t want to miss it!