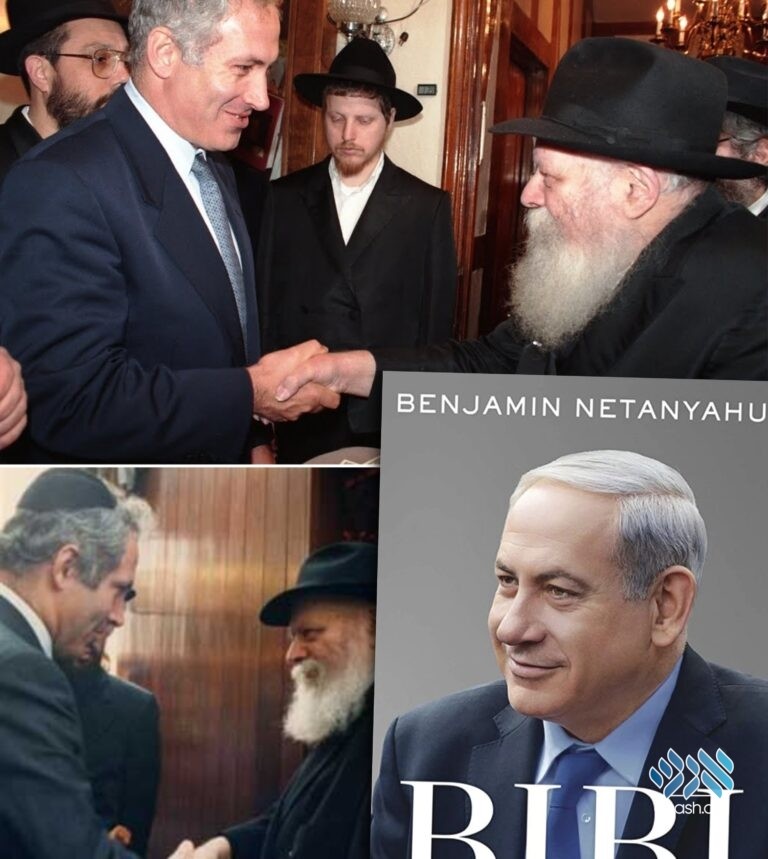 Just days before staging a stunning comeback, Prime Minister Benjamin Netanyahu released his new memoir where he shares his unforgettable encounters with the Rebbe, and the Rebbe’s prophetic words “You will have to struggle with 119.”

Just days before staging a stunning comeback, Prime Minister Benjamin Netanyahu released his new memoir where he shares his unforgettable encounters with the Rebbe.

Read an excerpt below:

My most memorable meeting in my first months at the United Nations was not with a fellow diplomat but with a great rabbi. Shortly after I came to the UN, my secretary told me that Shmarya Harel, a former soldier of mine, was outside the office asking to see me. He hailed from a kibbutz in the Negev. When he walked into my office, I didn’t recognize him. Fully bearded, he wore the black dress of a Chasid, an ultra-Orthodox Jew.

I learned that he had traveled the world, worked odd jobs, and finally found inner peace in the Lubavitch movement. He invited me to come to the movement’s celebration of Simchat Torah, the marking of the conclusion of the annual cycle of Torah readings and the beginning of a new cycle. It would be held next to the rabbi’s residence at 770 Eastern Parkway in Brooklyn.

The Lubavitcher Rebbe, Rabbi Menachem Mendel Schneerson, was a brilliant student of mathematics, physics and philosophy at the University of Berlin, of mechanics and electrical engineering at the ESTP (School for Major Projects) in Paris, and had audited mathematics at the Sorbonne before becoming a leading rabbinic authority. His Lubavitch movement was a worldwide endeavor to embrace all Jews and rekindle in them a love of Judaism and the Jewish people.

When Shmarya and I arrived, the Rebbe’s meeting hall was packed with thousands of Chasidim. Singing and dancing on the bleachers and on the floor, they formed heaving hills and valleys of the faithful. The Rebbe was on a small stage at one end of the hall with his back to them. He was swaying back and forth, reading the Torah.

Not knowing the customs, I did as he asked. I climbed the stage and carefully approached the sage from behind.

He took no notice of me.

I gently tapped his shoulder.

“Just to see?” he responded, looking at me across his shoulder with his laser blue eyes. “Not to talk?”

We started to talk in Hebrew, his in a strong Ashkenazi accent. The cacophony of song and merriment around us was deafening. Yet the Rebbe’s message came through loud and clear.

“You are going to the House of Lies,” he said, referring to the United Nations.

“Remember,” he continued, “that even in a hall of total darkness, if you light just one candle, its precious light will be seen far and wide. You will light that candle of truth for the People of Israel!”

We spoke for ten minutes, then twenty, then thirty. The Rebbe spoke about the Jewish people, the Land of Israel, and the Torah. Minute by minute the Chasidim grew more and more impatient, and I began to hear a growl rising from the crowd. I was keeping their beloved Rebbe from them.

Finally, after a full forty minutes, our conversation ended. The Rebbe turned to the Chasidim and led them in song, which became a roar. Then he went down from the podium to the center of the hall where he and his brother-in-law, both in their eighties, danced with the Torah Scrolls. As I saw these two elderly rabbis holding the Torah and circling each other I felt it was our ancient Jewish heritage that was dancing in that pale light. I was moved beyond words.

During my subsequent years of service in the UN, the Rebbe regularly sent me messages of encouragement and support through several of his followers who became close friends. After my maiden speech at the UN in 1984, he sent me a message that said, “You gave us much nachas (satisfaction) from your first speech. God willing you will continue on this path!”

BEFORE I DID so, I had one more stop. I went to see the Lubavitcher Rebbe. It had been more than four years since our first meeting, and I came to say good-bye. He was not happy with my decision and tried to dissuade me, while lamenting the situation in Israel.

“There are no good tidings from Israel,” the Rebbe said. “Action is key and there is no action, but maybe you can influence from here the leadership there.”

“I intend to return to Israel and to try to influence things there,” I answered.

The Rebbe insisted, “There is still much to influence here at the United Nations…. You know there is a Jewish mitzvah [injunction] to influence the gentiles. This is your job to do.”

I dodged this diplomatically. “I haven’t forgotten our first meeting,” I said, “and I have acted as the Rebbe said, standing proud and strong. Yet I have been here for years.”

Evidently, this length of service didn’t impress the Rebbe. “You can stay here until the arrival of the Messiah,” he said.

But I stood my ground. Thanking the Rebbe for all his encouragement, I said I hoped to see him soon.

And then the Rebbe told me something that stayed with me ever since.

“You will have to struggle with 119 [there are 120 Knesset members],” he said, and then he added, “Surely you will not be impressed by this, because God is on your side.”

One hundred and nineteen?! I thought. I wouldn’t have even a single ally? Surely he must be exaggerating.

A few weeks later, in response to my farewell note, he sent me a warm letter addressed to “the much-vaunted public servant, engaged especially in defending the Land and People of Israel at the United Nations.”

The Rebbe expressed his wish that “your ascent (Aliyah) to Israel will be an ascent in every sense of the word and may you continue to use your talents and opportunities for this noble end.”

This gave me hope. I might find some allies after all.