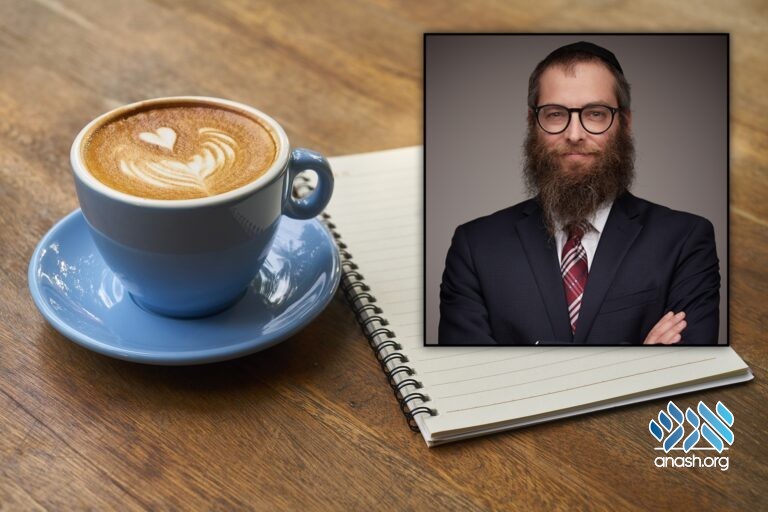 Adam Spiro, a Montreal lawyer, reflects on the effect that learning the Rebbe’s ma’amorim at Rabbi Moshe New’s Chassidus shiur each morning has on his day.

The alarm goes off at 5:00 a.m. It’s still dark and everyone in the house is sleeping. I say modeh ani, wash negel vasser, struggle out of bed, brush my teeth, get dressed, say morning brachos – gotta stay quiet, try not to wake anyone up. I get into the car for the two-minute drive that I could do blindfolded, having taken that route something like five thousand times in the past ten or so years (which helps, considering that I’m still half asleep).

I arrive at shul, go to the mikvah, get into the elevator to go upstairs. The elevator door opens and the smell of coffee is already in the air – I can always count on Yehuda to faithfully make the coffee. It’s already 6:20… I grab a cup and take my place at the morning Chassidus class.

Until then it was hard, but once the class starts and we delve into the depth and the complexity (and ultimately, the simplicity) of the Rebbe’s discourse, I wake up. It’s a privilege to be privy to the innermost secrets of Hashem’s Torah; to have a glimmer of an appreciation of the essence of Hashem Himself and our oneness with Him; to get to know my own soul—all as revealed, on a daily basis, in the Rebbe’s teachings.

After the class, it’s time to put on tallis and tefillin, daven and go out into the world. How will the rest of the day look, compared to yesterday? With G-d’s help and the empowerment of the morning Chassidus, I’ll be a little less impressed by the glitter of materialism; I’ll be a little bit more aware of Hashem’s presence; I’ll be a little more of a vessel to reveal His presence around me; I’ll be a slightly better husband, father, son, brother, friend, person, Jew.

It’s an imperceptible change from yesterday—just like yesterday’s change from the day before and, G-d willing, tomorrow’s change from today. But, like Chassidus teaches us about the indivisibility of essence: even if one has only grasped a small part, he has grasped the whole thing.