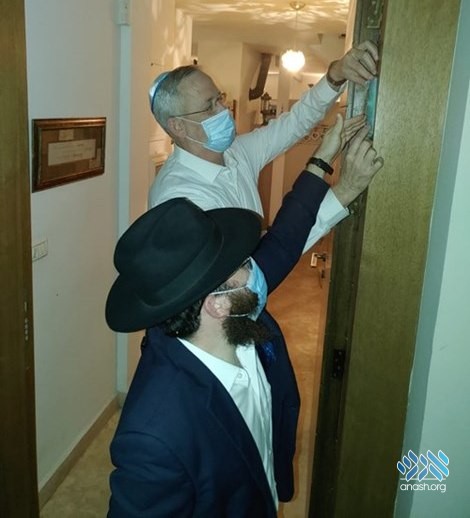 Israeli Defense Minister Benny Gantz departed Israel Monday night for a 24-hour visit to Washington, DC, for a series of meetings with his American counterpart Secretary Mark Esper and other senior administration officials.

Before departing on the trip, Gantz affixed a mezuzah to a newly built home office, together with his friend Rabbi Nachum Cohen, the Shliach in Rosh HaAyin.

The Minister of Defense said that “he feels that setting the mezuzah is necessary in order to increase the supremacy and security of the State of Israel.”

The whirlwind 24-hour trip is said to include meetings to discuss maintaining Israel’s qualitative edge, international policy vis-à-vis Iran and strategy for stopping its expansion and entrenchment in the Middle East, as well as discussions on defense cooperation and procurement.