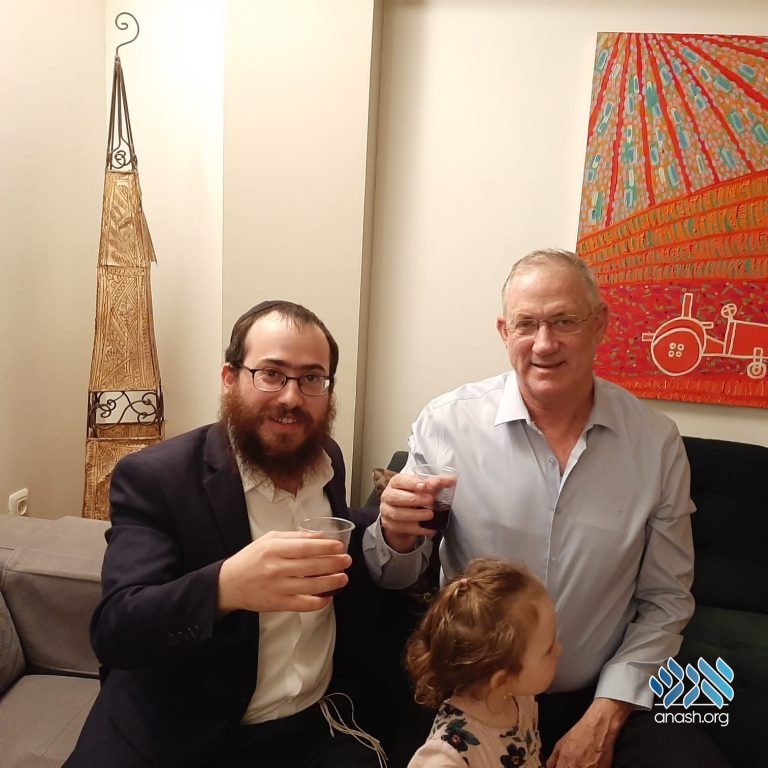 On Wednesday, Benny Gantz, Israel’s Alternate Prime Minister and Minister of Defense, celebrated his birthday simply, joining his local shliach for a l’chaim.

The shliach, Rabbi Nachum Cohen of Rosh Haayin, lives in close proximity to Gantz, and is good friends with the Minister. Gantz attends the Chabad House on Yomim Tovim and special occasions.

Gantz himself is known as a man who has a warm spot for anything connected to Yiddishkeit, and never has a problem being photographed doing a mitzva or even putting on tefillin in public.

As Israel’s Alternate Prime Minister, Gantz will serve as vice prime minister, until October 2021, at which point he will take over Bibi Netanyahu as Prime Minister.