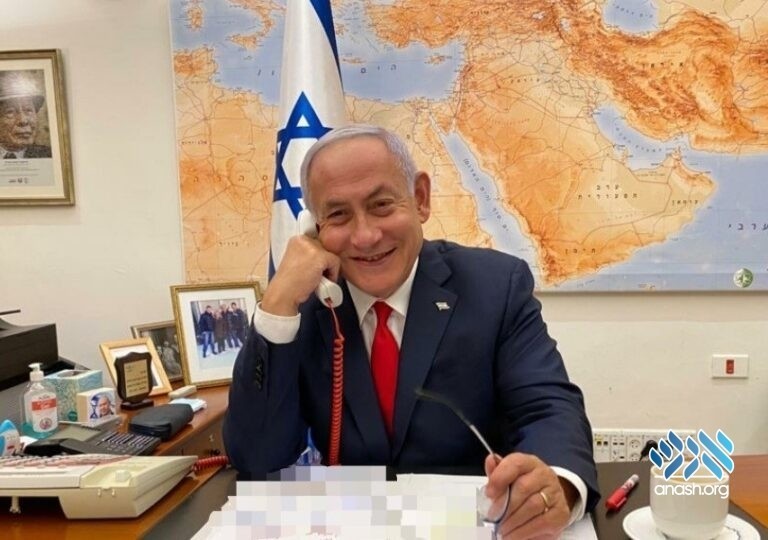 With 86 percent of the votes counted, all signs are pointing to a resounding victory for Benjamin Netanyahu and his bloc of right-wing parties. How did Chabad strongholds vote?

As the ballots in the Knesset election were being tallied Wednesday, all signs were pointing to a resounding victory for opposition leader Benjamin Netanyahu and his bloc of right-wing parties, a result that could end a political crisis that has seen five general elections held in under four years.

With some 86 percent of the votes counted, the bloc of parties loyal to Netanyahu was predicted to win 65 seats in the 120-seat Knesset, a comfortable majority, although the numbers were expected to shift as officials had yet to begin tallying the so-called double-envelope ballots cast by members of security forces, prisoners, people with disabilities, diplomats serving abroad, and others.

The historic nature of these election results extends well beyond Netanyahu. For the first time in the history of the State, religious parties will make up a majority of the coalition members.

The coalition shaping up to be Israel’s next is made up of Netanyahu’s Likud party, Orthodox parties Shas and United Torah Judaism parties, and the Religious Zionism party led by Bezalel Smotrich and Itamar Ben Gvir. Ben Gvir is seen as the biggest star of the election, having gone from leading a fringe party to becoming a popular leader in a party representing some 10% of Israeli voters.

The left-wing Meretz party remains below the minimum threshold for entering the Knesset, according to the latest vote tally figures from the Central Elections Committee. If they pass the threshold the right wing will likely go down to 61-62.

Arab party Balad was originally said to be close to crossing the threshold but by Wednesday afternoon that option seemed to dissipate. Had it happened, Netanyahu’s bloc would have potentially dropped to 60 seats, one short of a coalition majority.

According to the results from the seven polling stations in Kfar Chabad, Religious Zionism party led by Bezalel Smotrich and Itamar Ben Gvir came in first place with 1654 (56.28%) votes. Yahadut Hatorah [ג] came in second place receiving 563 votes. Followed by Shas at 370 and Likud at 311.

In Nachlas Har Chabad, Religious Zionism led with 570 votes. Shas came in second with 316, followed by Likud at 299 and Yahadut Hatorah at 135.

The seat allocations are estimates based on the current status of the vote count and will change as the remaining ballots are counted.