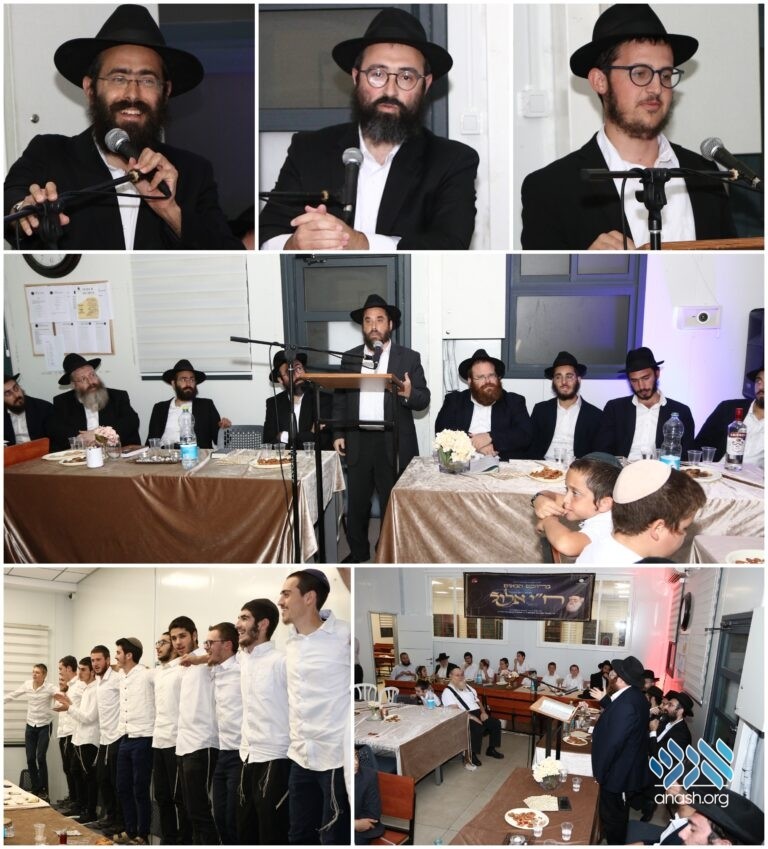 Yeshivas Lubavitch Tiferes Yisroel welcomed the community of mainly English-speaking anash and members of the wider community into the Zal of the Yeshiva to join them in a special Chai Elul farbrengen and event welcoming the Talmidei Hashluchim to the Yeshiva.

Just over two weeks ago the Yeshiva welcomed 50 Bochurim who have joined for this year, almost doubling the size of the Yeshiva since last year.

Menahel Rabbi Chaim Moss is particularly excited about the new staff who have joined, alongside the existing staff, Rabbis Garbose, Cohen and Marinovsky, in different capacities. Joining this year as mashpia is Rabbi Yakov Yosef Cooperman, who is a long-standing maggid shiur in Kiryat Gat; Rabbi Schneur Aizenman who teaches nigleh in Yeshivas Toras Emes in Yerushalayim is also joining as mashpia. Rabbi Yossi Rabinowitz, shliach in Ramat Bet Shemesh Daled, has also joined as mashgiach and meishiv in Halacha and Chassidus. In addition, Rabbi Elchonon Cohen who last year taught Chassidus joined the yeshiva for the full day and is teaching nigleh.

“The whole dynamic this year has shifted. We loved last year but this year it’s a whole new story, there is a very strong environment of learning, amazing farbrengens, new members of Hanholo, a chassidisher avir, it just feels like this year is going to be an incredible year,” described one of the Shiur Beis bochurim.

“The challenge as we grow in the number of bochurim is maintaining and sticking to the path which we have chosen. Focusing on the individual bochur, meeting him where he is, and facilitating and building his own connection and attachment, both in terms of his learning as well as in his personal growth. This is our original reason for establishing the Yeshiva so however large the student body becomes we have to be able to make sure we can maintain this vision, the ability to provide for each bochur individually,” says Rabbi Moss, who sounds upbeat and hopeful.

The amazing new Shluchim, Menny Farkash, Dovi Spalter, Isaac Mintz and Yitzchok Kamchin, who have all only just arrived, are busy at work putting together one successful mivtza after the next, both for the bochurim in Yeshiva and for the community at large.

At the farbrengen, shliach Isaac MIntz spoke eloquently and announced a special Thursday night Seder Sichos Mivtza which will see anash and members of the wider community join the Yeshiva each Thursday night in the Zal for learning.