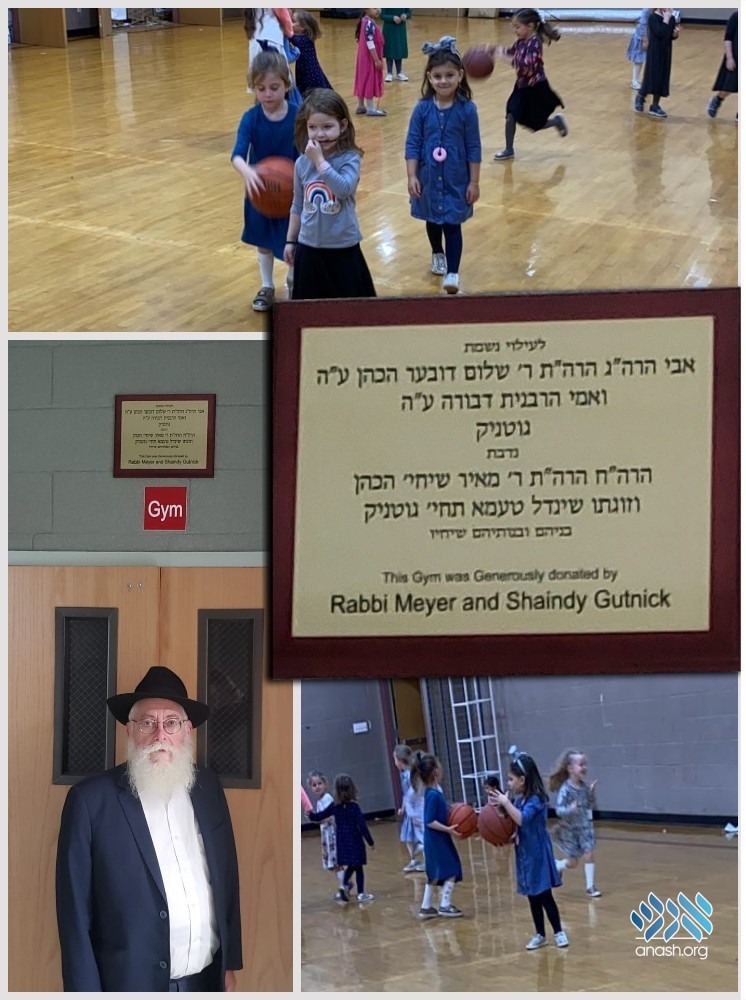 The Beth Rivkah Lefferts Gym was generously donated by Meyer and Shaindy Gutnick in memory of Rabbi Sholom and Rebbetzin Devorah Gutnick of Melbourne, Australia.

The Beth Rivkah Lefferts Gym was generously donated by Meyer and Shaindy Gutnick in memory of Rabbi Sholom and Rebbetzin Devorah Gutnick of Melbourne, Australia.

The gym in Beth Rivkah school on Lefferts Avenue was dedicated in time for the new school year and the fifth yahrzeit of Rebbitzen Devorah Gutnick a”h on the 23rd of Elul.

Fluent in Hebrew, Yiddish and English, she received most of her Jewish education at home and from private teachers, as Shepparton had no Jewish school. As a young girl, she recalled how she was given the task of bringing kosher food to Jewish refugees held in internment camps until they received legal documents that enabled their release. She was a very talented artist and earned a degree in that field.

Later Devorah became a teacher at the Jewish school in Carlton, a neighborhood where many Jews lived at the time. She later married Rabbi Sholom Dovber Gutnick, who went on to become one of Australia’s respected rabbis.

All her married life, Devorah faithfully served at her husband’s side. When he became Rav of the Caulfield shul, she served at his side as
Rebbetzin for over 48 years. Over time, the shul grew to become the largest in Australia, with a membership of over 2000. The shul kept her busy, as many members and also visitors from overseas frequented their home.

Her family’s always had a close connection to the Rebbe. Throughout her life she had the merit of receiving his blessings and letters of encouragement, including those relating to her leadership of N’shei Chabad, the Lubavitch Women’s Organization.

Rebitzen Devorah Gutnick was the fist Autralian born Shlucha to be appointed, in 1954, by the Rebbe  as president of N’shei Chabad of Melbourne, a position she held for over 40 years.

In 5740 (1980), the Rebbe called for the establishment of special Torah-study groups for older people to study Torah. Rebbetzin Gutnick established a women’s group in Melbourne called, as the Rebbe suggested, Tiferes Chochmas Noshim, with Torah class every week which still continues till today.