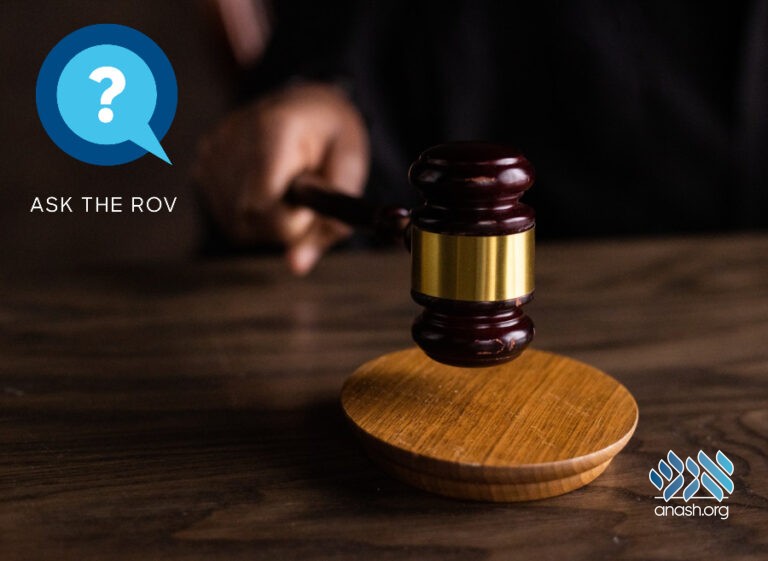 Ask the Rov: When am I allowed to take a Jewish business associate to civil court?

Chazal derive from the posuk “asher tasim lifneihem” that all disputes between Jews must be adjudicated in beis din and one may not go to a civil court even if their law is the same as the Torah. Seeking justice in court is a chilul Hashem – as it gives them prestige and displays preference to man-made law over Torah – and one who does so is considered to have raised his hand against Moshe and the Torah.1 The prohibition is so serious that one who goes to civil court is ostracized and some poskim write that he should not be counted in a minyan,2 and the civil court’s ruling is not recognized by halacha.3

Yet, there are certain cases when one is allowed to involve or go to a civil court.

If the defendant is not willing to go to beis din, one can take the case to a civil court. One first requests the defendant to come to beis din and then when he refuses, beis din will allow the claimant to continue in court.4 Likewise, in situations where it’s clear that the litigant cannot go to beis din (civil government, public companies) one should check with a dayan as often he can lechatchila go to court.5

Asking the court to issue a restraining order and stop immediate injustice before beginning the procedure in beis din is allowed. In these situations, one should initially check with a dayan to ascertain that the court’s restraining order is indeed necessary and a restraining order from beis din won’t suffice.6 Likewise in order to facilitate the beis din’s ruling, one may go to court.7

If a damage is currently occurring – e.g. to stop a break-in or fight – one may call the police since that’s the only way to stop the problem, and beis din usually doesn’t have the power to interfere. However, if the beis din can resolve the situation, and certainly to rule regarding restitution after the fact, one must go to beis din.8

In many instances, taking a dispute to court will transgress additional prohibitions, such as taking money that does not belong to him if the court allocated him money that he isn’t entitled to according to halacha, and the court may charge interest for what is owed which would be prohibited due to the laws of ribbis.

If the claimant initially lost the case in civil court and now wants a retrial in beis din, halacha rules not to grant him the retrial. This is either because the litigants had accepted upon themselves the court’s verdict, or as a penalty for going to court. A difference would be in a case where the civil ruling was corrupted by bribery. If the rationale is to penalize him, it would apply then as well.9 If both parties ask for a retrial, we grant it to them, since the winner has agreed to relinquish his right.10