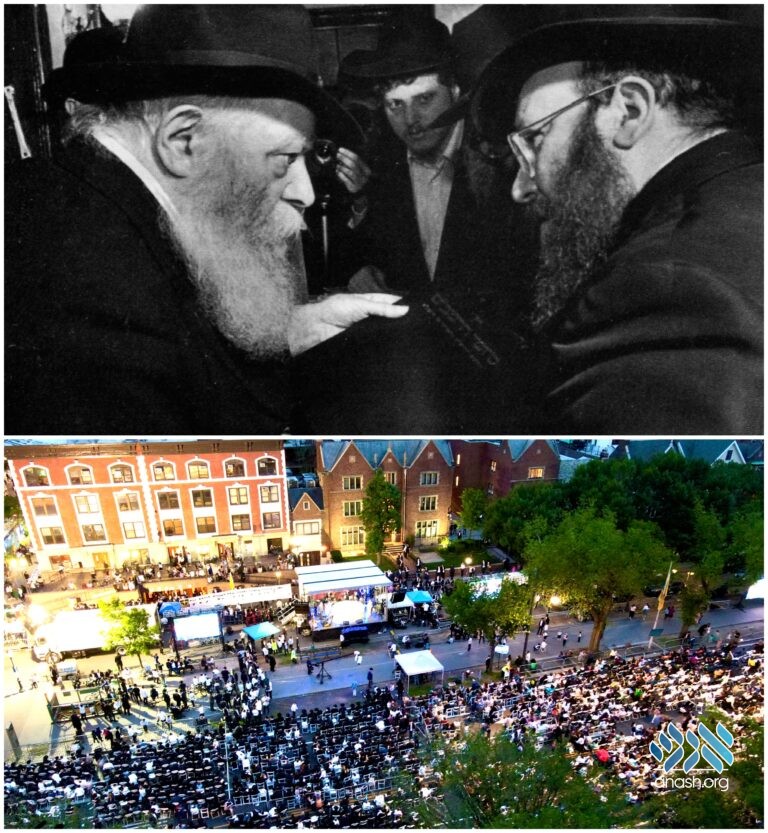 A special team is currently working on preparing a unique album showcasing the historic Siyum HaRambam that took place on Gimmel Tammuz, this year, right in front of 770, celebrating the completion of the fortieth study cycle.

A special team is currently working on preparing a unique album showcasing the “International Siyum HaRambam” — as it was called by the Rebbe — that took place on the holy and auspicious day of Gimmel Tammuz, right in front of 770, celebrating the completion of the fortieth study cycle.

The Siyum was truly historic. This was the unanimous feeling of the twelve thousand participants who came in person, as well as the tens of thousands who watched the live broadcast and recordings. Now this historic event will be documented and preserved for all generations in a beautiful album.

Albums from the Rambam Siyumim were very dear to the Rebbe. This is evident from the rare yechidus that Rabbi Shmuel Butman, chairman of the Siyum committee, merited to have with the Rebbe in 5749 in the Rebbe’s home. During this yechidus that lasted around half an hour, the Rebbe directed him to publish such an album and provided many detailed instructions how it should look. The Rebbe also instructed that it be finished by a specific date — three weeks later. The Rebbe’s instruction was completed in the fullest and the album was ready within three weeks!

The Rebbe received tremendous satisfaction when the album was handed to him, and bestowed very special brachos to those involved in its preparation and to the donors. The Rebbe’s joy from the fulfillment of his directive was clearly apparent.

In the days leading up to the first Siyum, the Rebbe spoke about the importance of the Siyum celebration. In addition to the obligation to celebrate the conclusion of a Torah compilation, the festivity adds an element of publicity and excitement, which in turn leads more Jews to join the study themselves.

This idea will also be highlighted in the album, which will contain a special section describing the strong impression the Siyum imparted upon the participants. Anyone who would like to share their feedback on the event, as well as resolutions related to Rambam study, should send them as soon as possible to [email protected], and thus merit to be part of this great endeavor.

The members of the publishing team are certain that this album will bring much nachas to the Rebbe, who instituted the daily Rambam study, and they express their hope that we should already merit the Geulah, as described at the conclusion of Rambam, speedily in our days, Mamosh!