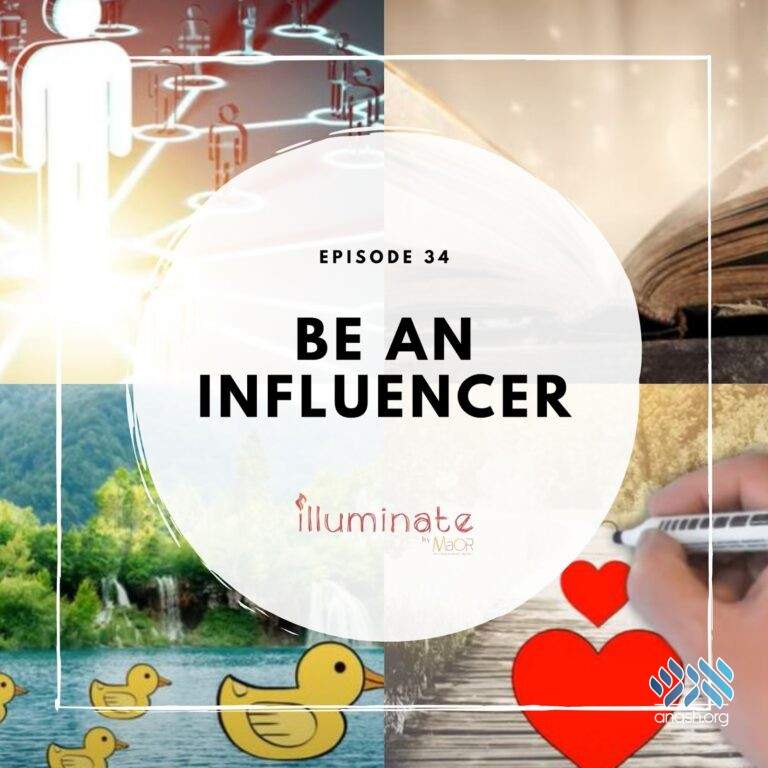 Watch: Beyond social media, what qualities define a true influencer? Three Jewish influencers teach us how to meaningfully empower the masses.

Take a moment to consider all those who have made a positive difference in your life. What common qualities do they share? What is the key to meaningfully empowering and affecting those who we come in contact with?

The construction of the Mishkan was complete. For seven days, the Jewish people hoped that a Divine fire would descend onto the mizbeyach, symbolizing the presence of the shechinah. The inauguration of the kohanim began, yet the fire was absent.

Aharon’s unique quality was his care for others, and his pursuit for peace. His love influenced the nation and brought them closer to the teachings of the Torah.

Avraham Avinu would provide his guests with the finest food and drink, and only then did he begin to influence them to thank Hashem for the sustenance.

The Ba’al Shem Tov had the same mode of operation. He travelled amongst the simple folk, assisting with their material needs in any way that he could. Eventually, his teachings inspired and influenced these simple Jews, and ultimately, the entire Jewish world.

Avraham Avinu, Aharon Hakohen, the Ba’al Shem Tov. Influencers of our nation’s trajectory. A favor, a simple act of generosity and kindness, goes a long way. The path to influence is paved with love and care.

Illuminate by Maor offers powerful presentations of the Rebbe’s timeless talks, fused with engaging narration and explanation. These weekly videos are bite-sized and simple to grasp, designed for learners of all levels. To subscribe, click here http://wa.me/16467700303?text=AnashSubscribe or Whatsapp +1 646-770-0303.Watch all past episodes here https://www.youtube.com/channel/UCPs_fLGrzpYunjDN1MR_edA/videos