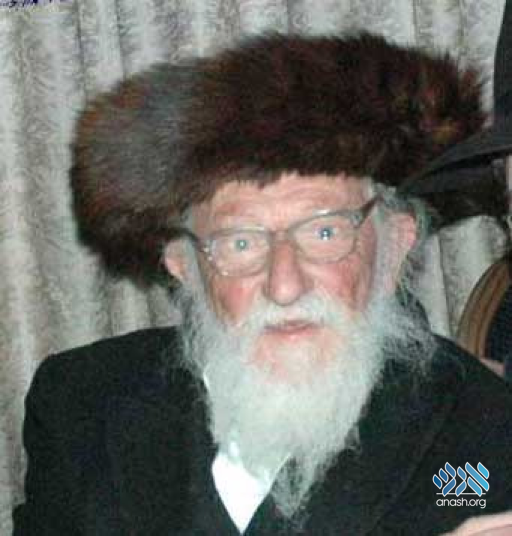 With sadness, we regret to inform you of the passing of Reb Shmuel Menachem Mendel Schneersohn, a”h, of Yerushalayim. He was 91 years old.

Born in Yerushalayim to his parents Reb Yisroel Yosef and Shosha Reiza Yocheved, descendants of the Rebbetzin Menucha Rochel, daughter of the Mitteler Rebbe, Reb Shmuel was a member of the board of Colel Chabad. In 5718/1958 he came to New York to spend time by the Rebbe, and on Purim 5718/1958 the Rebbe called up during the farbrengen to come up and say Lechaim, saying “my relative is here from Yerushalayim, let him come and say Lechaim.”

Reb Shmuel was a sincere oved, who lived his life according to the ideals of Chabad. See the video below. This was part of his daily ritual of preparing for davening. His hiskashrus to the Rebbe knew no end; the Rebbe’s kavod was of utmost importance to him. He also was a sincere talmid chochom who published manuscripts from the Great Geonim of previous generations, including the sefer Tashbetz Koton. He was a treasure trove of chassidishe stories which he heard from the chassidim of Yerushalayim.

Despite losing four children in his lifetime he was always seen with a smile. In recent years his health failed him, and he passed away on Shabbos.

He was predeceased by his son Reb Shlomo Schneersohn, and by his daughters, Mrs. Esther Porush, Mrs. Alte Perel Reichman, and Mrs. Chaya Sarah Ehrentrau.