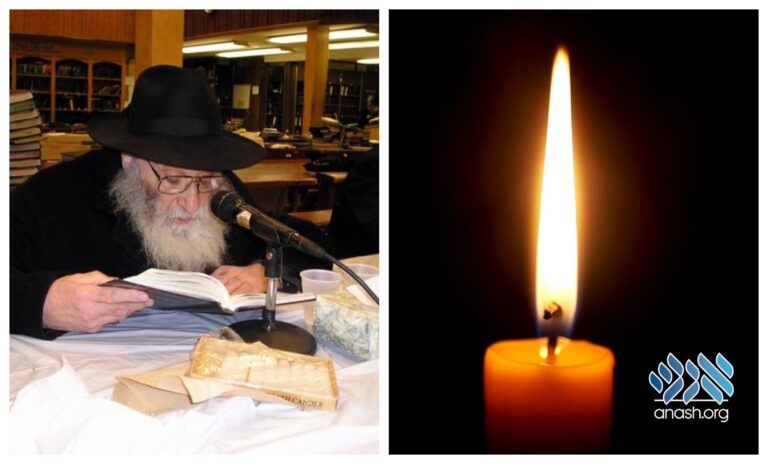 With sadness, we regret to inform you of the passing of Reb Leibel Mochkin, a”h of Crown Heights. He passed away on Shabbos Chazon, the 9th of Av.

Reb Leibel was the son of the mashpia Reb Peretz Mochkin. In 5706/1946 he was very active in the escape from the Soviet Union by thousands of Chassidim, bribing officials and helping arrange passports. In New York he remained active in the cause for Soviet Jews, specifically through Ezras Achim, helping send money and other aid to his brethren there.

He was also active in the Crown Heights community and was known for his hachnosas orchim and for helping a fellow in need. He was also a member of the board of several mosdos of Torah and Chesed.

Shiva condolences can be emailed to mochkin@gmail.com. The family requests of anyone who has special stories or memories to share them with the family.