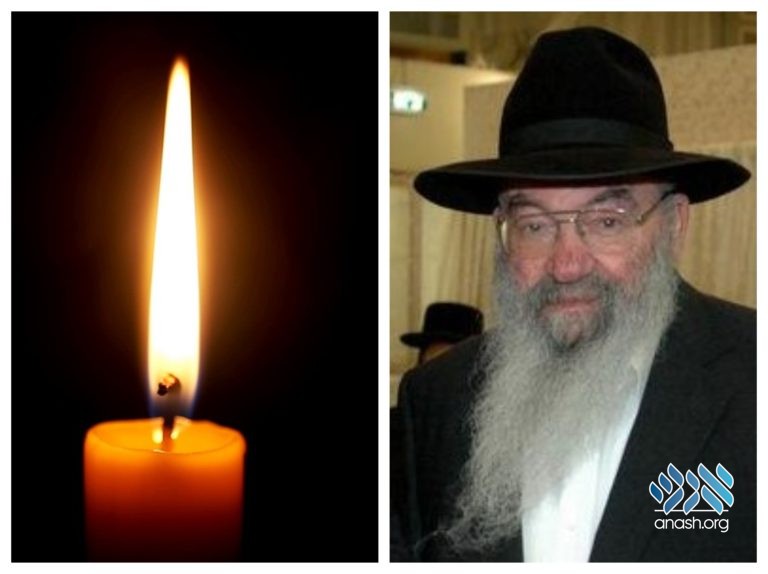 With sadness, we inform you of the passing of Reb Boruch Gopin, a”h, of Kfar Chabad. He was 95 years old.

Reb Boruch was born to Reb Aron and Baila Gopin in Maryupol, Ukraine in 5684/1924, and was raised with great mesiras nefesh. Reb Aron was a talmid in Lubavitch and his mother Baila was the daughter of famed chossid Reb Mendel Mamyofe. The family later moved to Charkov. When the war came to Ukraine they escaped east to Tashkent. He and his family left the Soviet Union with hundreds of others in 5706/1946. After the war, he married Gnesha, the daughter of Reb Moshe Zalman Kaminetzky. After staying in Paris for a while, he later came to Eretz Yisroel, where he soon joined the founding group of 70 settling families there.

Reb Boruch was a member of the Va’ad Kfar Chabad, where he was responsible for the development of the village. The Rebbe referred to him as the “Sar HaShikun” (Building Minister), and he received many directives from the Rebbe about the development of the Kfar. He was also a member of the Va’ad Ayin Aleph Mosdos. He also for while had the only truck in the Kfar, and he’d very often use it for the benefit of the village.

He is survived by his children:

He was predeceased by his wife, Mrs. Gnesha Gopin (nee’ Kaminetzky).

The Levaya will take place in Eretz Yisroel.