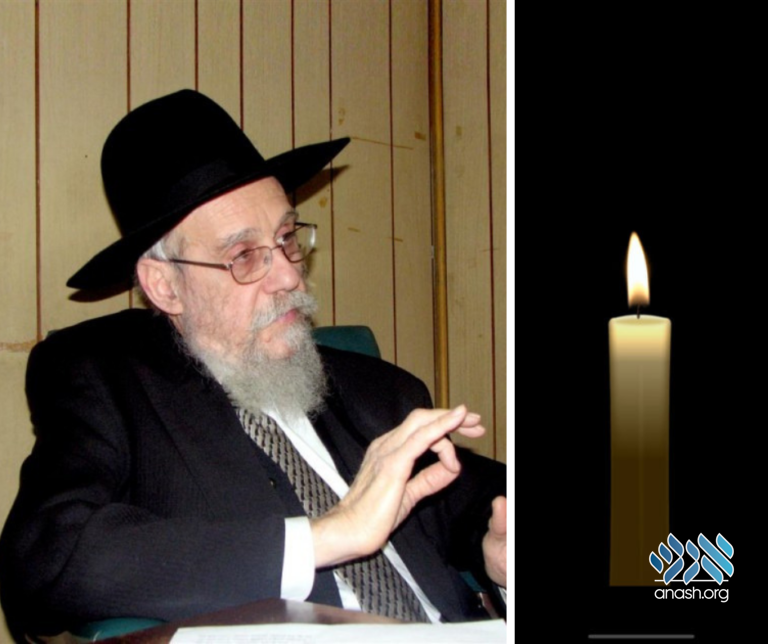 With sadness, we regret to inform you of the passing of Rabbi Sholom Mendel Simpson, a”h, one of the Rebbe’s mazkirim and rov of the Brighton Beach Jewish Center.

He was born in New York to his father the chossid Reb Eliyahu Simpson, a choizer by the Rebbe Rashab and mazkir of the Frierdiker Rebbe, and Mrs. Fruma Itta, daughter of the chossid Reb Shua Binyomin Lipschitz, HYD, of Kublitz.

As a bochur, he was asked by the Rebbe to join the mazkirus and be a part of the team transcribing letters for the Rebbe. It was these letters that later became the many volumes of Igros Kodesh of the Rebbe.

He merited that the Rebbe attended his wedding, first saying a sicha, as well as being mesader kiddushin.

Today was his 90th birthday.

He was predeceased by his wife, Rebbetzin Rochel Simpson, daughter of Reb Mordechai Dov Teleshevsky, a”h.