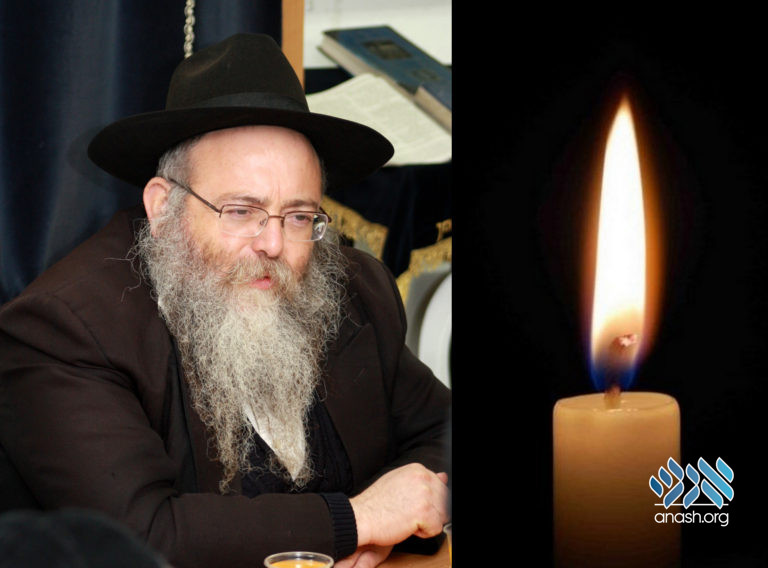 With sadness, we regret to inform you of the passing of the mashpia Reb Levi Yitzchok Ginzburg, a”h, of Kfar Chabad. He was 61 years old.

Born on 12 Nissan 5718/1958, Reb Itzik, as he was known, was close to Reb Mendel Futerfas and would always repeat what he heard from him. He authored many seforim, including the popular Peninei HaTanya set. In recent years he was the mashpia in the Yeshivas Tomchei Tmimim in Rishon LeZion, after serving some two decades in the central yeshiva in Kfar Chabad.

Two weeks ago he suffered a massive stroke, from which he never recovered. Late Friday afternoon, on the 16th of Tammuz, he passed away. The levaya took place on Motzoei Shabbos, leaving Kfar Chabad, with burial at the Achiezer cemetery.

He is survived by his wife, Mrs. Yaffa Ginzburg, and his daughter Mrs. Pessy Nachshon – Nof HaGalil.