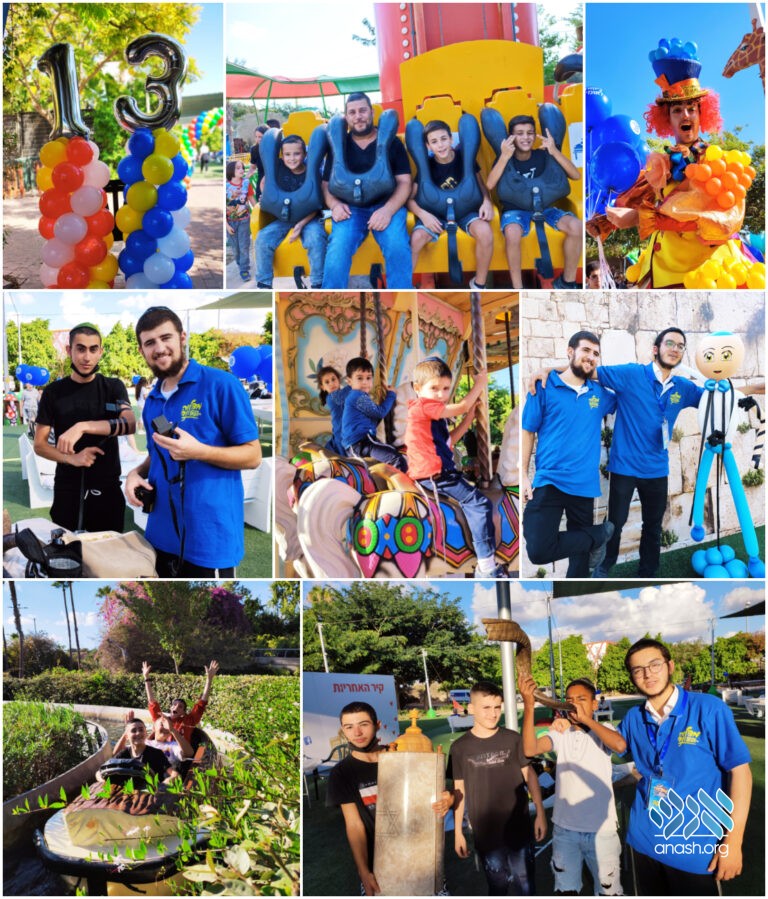 2,500 people came to the largest amusement park in Israel to celebrate the bar mitzvah of hundreds of orphaned children, with Jewish-themed workshops and booths, a concert, lunch and more, arranged by Kollel Chabad.

2,500 people came to the largest amusement park in Israel to celebrate the bar mitzvah of hundreds of orphaned children in “Mitzvah Land”.

The bar mitzvah boys and their families enjoyed a full day of fun at the various attractions around the park. In addition, a band of musicians and a group of clowns added to the simcha, as they walked among the guests causing them to smile and dance.

Special workshops on Jewish topics were set up and run by dozens of bochurim. Among them were taking a photo by a wall resembling the Kosel and receiving a personalized magnet as a souvenir, candle-making, pita-baking, writing a letter in a Sefer Torah, a wall of hachlotos tovos and more.

Delicious lunches were prepared, including fresh sandwiches, popsicles, cotton candy and popcorn, all at no charge.

At the end of the evening, there was a special performance by a well-known singer who entertained and uplifted the crowd.

The event was organized by Bituach Leumi, together with Kollel Chabad in Eretz Yisroel.