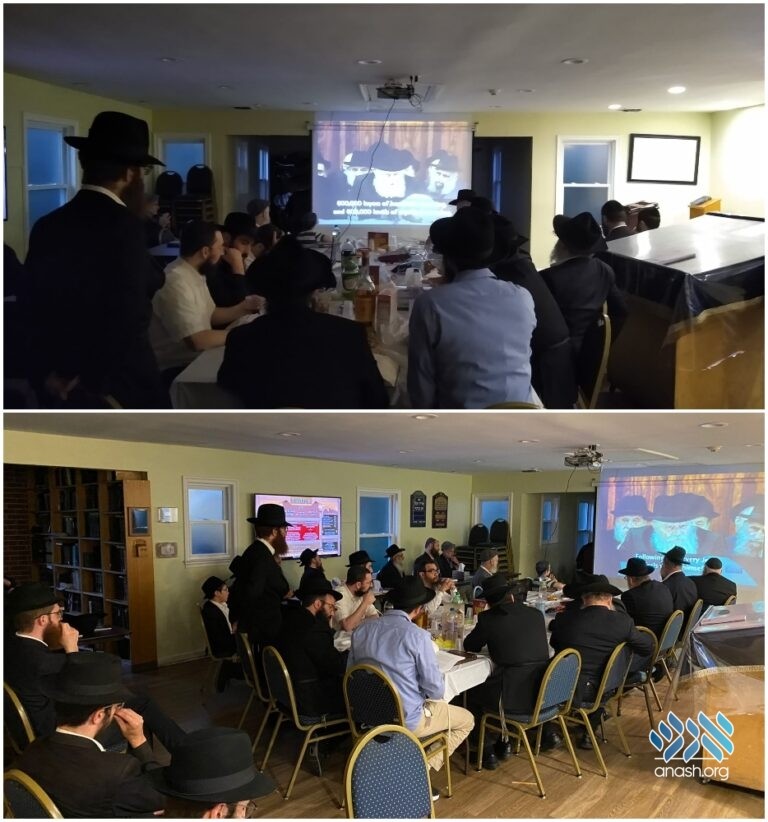 After a visiting shliach inspired the Baltimore community, they got right to work and translated the inspiration into action within a few days.

After a visiting shliach inspired the Baltimore community, they got right to work and translated the inspiration into action within a few days.

The Baltimore Chabad community, one of the fastest growing Chabad communities in the USA, frequently arranges special programs for yomei d’pagra and other special occasions. For Shabbos Gimmel Tammuz, it was obvious that a community-wide farbrengen would be held to mark the day. Rabbi Yossi Lew, shliach to Peachtree, Georgia, was invited to spend the Shabbos in Baltimore, farbrenging with the community.

Over Shabbos, Rabbi Lew encouraged the community to strengthen their hiskashrus, and specifically urged them to watch farbrengens of the Rebbe, saying that it was a vital way for any chossid to connect to the Rebbe.

A nice sized crowd gathered at Beis Lubavitch for the viewing, which began after mincha on Sunday night, the eve of Yud Beis Tammuz, and continued until the end of the farbrengen, with a break for ma’ariv. Farbeisen was also provided, all organized by Rabbi Avrohom Kroll.

“It was beautiful to see a nice segment of the community show up for such an event,” one of the participants told Anash.org. “Besides for the value of the event itself, it showcased the chassidishe character of the community, who took the inspiration from the Gimmel Tammuz farbrengen and made sure to utilize it.”