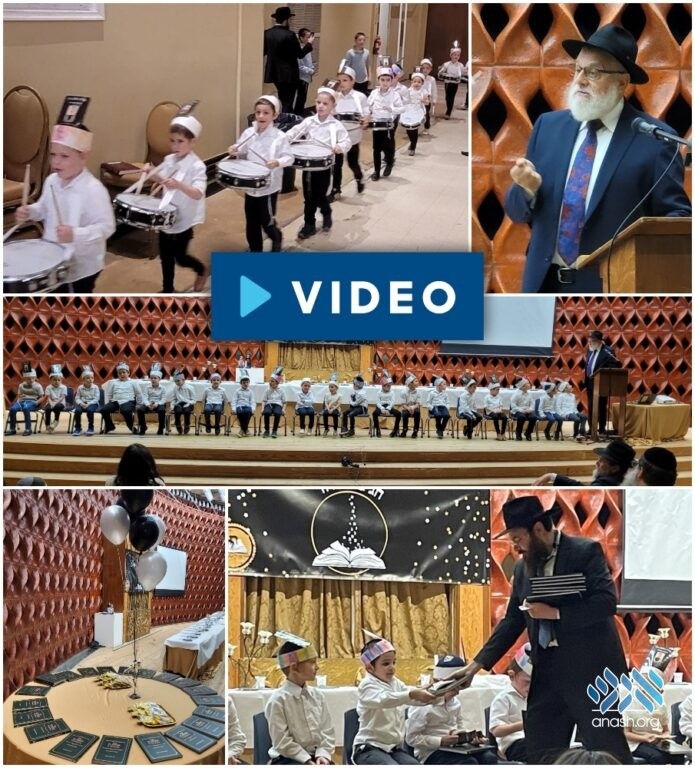 The KinderGan class of Cheder Chabad of Baltimore made a grand entrance to their siddur party: they marched in playing drums, showing their excitement to receive their very first siddur.

The KinderGan of Cheder Chabad Baltimore celebrated a siddur party at the conclusion of the school year last month.

The part was arranged by Rabbi Dovid Leib Wilansky, who wanted to make it a party for the children, and their parents, to remember. So he had the children make a grand entrance: They marched in to the party playing drums, in a scene reminiscent of Lag B’omer parades.

The children then headed up to the stage, where they sang the Rebbe’s kapital with a special tune. They were addressed by Maryland Head Shliach Rabbi Shmuel Kaplan, as well as by parent R’ Mendy Shapiro.

They then each received their very own siddur with their name embossed on it, as well as a specially customized siddur cookie.

The party was joined by their parents and by members of the Cheder administration, who were celebrating the successful conclusion of a year with over 350 students, and already preparing for the upcoming year, when over 400 students are expected, including a large number of new families.