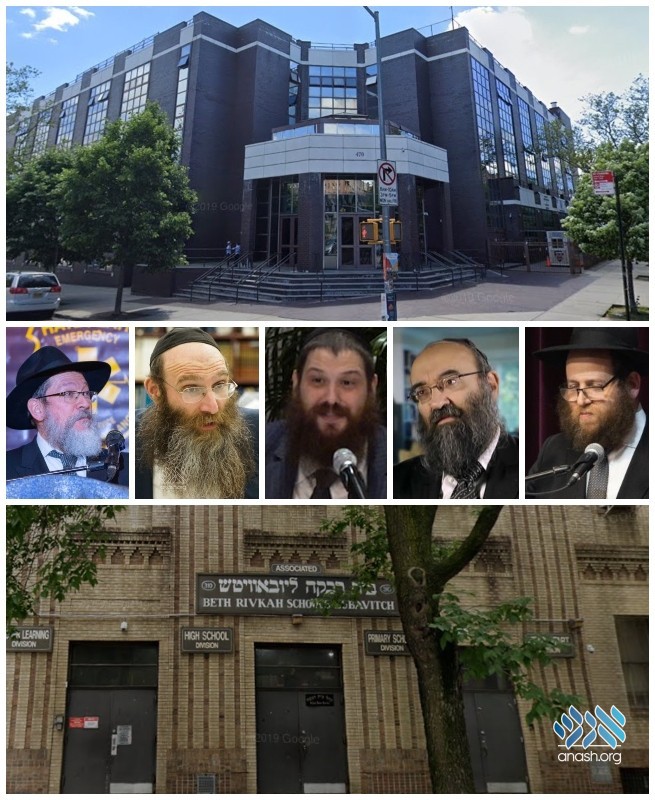 Over the summer, Bais Rivkah of Crown Heights appointed a committee of veteran mechanchim and gave them full jurisdiction over matters related to chinuch and the school’s spiritual growth.

In a move that is garnering praise within the world of Chabad chinuch, the Bais Rivkah board of directors has appointed a vaad to oversee all ruchnius aspects of the school’s operations.

When Bais Rivkah’s financial board was broadened in 2017, a Vaad Hachinuch was concurrently installed to guide the mammoth school’s spiritual direction. The vaad consisted of Rabbis Levi Garelik and Nachman Twerski of Crown Heights and Rabbi Boruch Hertz of Chicago. The three answered questions posed by principals and guided them in resolving tricky chinuch dilemmas.

In the years that followed, the financial board dedicated themselves to stabilizing the school’s finances and bringing in new sources of support. They focused their efforts on bringing the teachers’ payments up to date and tackling the school’s deficit.

“The board of directors give so much of their time, and they are completely dedicated to the school,” said Rabbi Yitzchok Wolf, who played a role in setting up the new vaad. “Rabbi Avremel Shemtov, who serves as chairman, is moser nefesh for Bais Rivkah, ultimately handling the responsibility – a responsibility which was given exclusively to him by Rabbi Chadakov.”

Historically, under the direct instruction of the Rebbe through Rabbi Chadakov, all decisions involving chinuch were determined by a vaad ruchni. Their role was to uphold the values of the mosad and to ensure that implemented policies reflected those values. They worked alongside a vaad gashmi who saw to it that the school thrived financially.

Recognizing the importance of healthy leadership for the school, Bais Rivkah’s board expanded the vaad hachinuch, giving them full jurisdiction over all of the school’s spiritual matters. Consequently, Rabbi Leibel Newman was reinstated as dean of Bais Rivkah, a position he has held for many years.

Joining Rabbis Garelik and Hertz (Rabbi Twerski has since stepped down) will be Rabbi Mendel Blau, menahel of Chovevei Torah in Crown Heights and Rabbi Levke Kaplan, principal of Cheder Chabad Monsey. Rabbi Wolf, who is the dean of Cheder Lubavitch in Chicago, will serve as a consultant while the vaad settles into their new role.

The three mechanchim, who currently involved in running mosdos chinuch, will be actively involved in setting standards and guiding staff for this coming school year.

“These are ‘anshei chinuch,’ people who understand chinuch and have experience with implementing value-based policies,” Rabbi Wolf said. “We’re talking about the Rebbe’s values for Bnos Yisrael; when the outside winds are blowing, it’s important to ensure that these remain strong.”

As one of Chabad’s largest schools, Bais Rivkah is often seen as a ‘trendsetter’ in the global network of Lubavitch educational institutions. Veteran mechanchim are expressing hope that other schools will take example from them and that the Rebbe’s vision for mosdos chinuch will become an established system going forward.